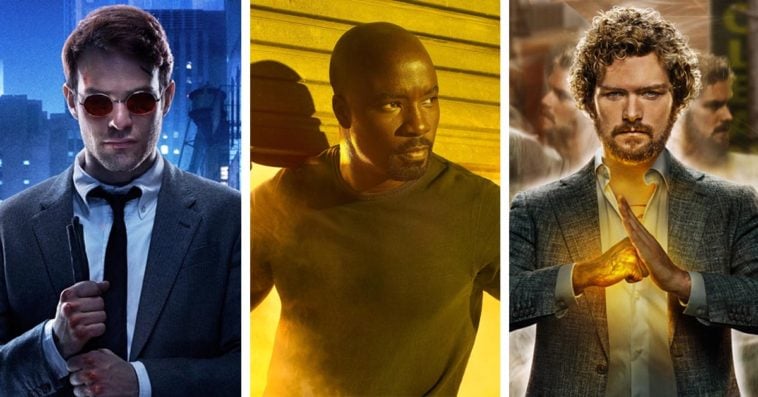 After Hulu announced on Monday that Marvel Television is producing at least five animated series for the streaming service, fans began to wonder if there’s a possibility for Hulu to resurrect Marvel shows that were canceled by Netflix last year.

When asked by TheWrap if Hulu would have interest in reviving Daredevil, Luke Cage, or Iron Fist, the streamer’s senior vice president of originals Craig Erwich said that the Hulu is open to doing more projects with Marvel, and that includes any property under the comic book company. “Marvel has a ton of titles we’d be interested in,” Erwich said. “It kind of just depends on when they’re ready, [and] who, most importantly, is going to be behind these things.”

After Daredevil, Luke Cage, and Iron Fist got the axe last year, Netflix only has two Marvel series left in its library: The Punisher and Jessica Jones. The second season of The Punisher was dropped last month, while the third season of Jessica Jones is scheduled to be released sometime this year. While the fate of the two shows are unknown as of the moment, a lot of people are expecting that both shows won’t be renewed for another season, as the very own streaming service of Disney (Marvel’s parent company), Disney+, will launch later this year.

But because Hulu will be about 60 percent-owned by Disney after the close of its acquisition of 21st Century Fox’s film and TV assets,  it is expected that the partnership between Hulu and Disney would continue even after Disney+’s highly anticipated launch.

“We’ve had a relationship with Marvel since ‘Runaways’ [and] we’re getting into business on these animated shows,” Erwich said, referring to Hulu’s upcoming Marvel lineup of adult-oriented shows Howard the Duck, M.O.D.O.K,  Hit-Monkey, and Tigra & Dazzler, which will culminate in a crossover special, The Offenders. “I’m sure it will lead to — you know, business gets you business — we have a good creative relationship with them. That’s where opportunities tend to arise.”