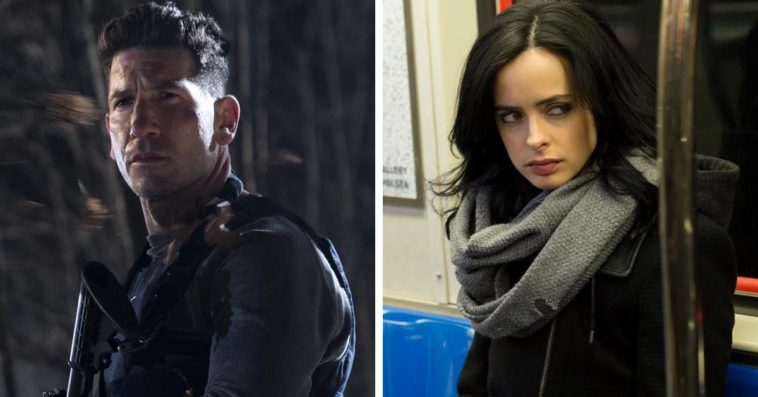 The streaming giant has just cancelled its last two remaining Marvel TV shows: The Punisher and Jessica Jones. A month after the second season of The Punisher was released on Netflix, the streamer has confirmed that the Jon Bernthal-led series won’t be renewed for another season.

“Marvel’s The Punisher will not return for a third season on Netflix,” Netflix told Deadline on February 18th. “Showrunner Steve Lightfoot, the terrific crew, and exceptional cast including star Jon Bernthal, delivered an acclaimed and compelling series for fans, and we are proud to showcase their work on Netflix for years to come.”

Though the third season of Jessica Jones will still come out on Netflix sometime this year, the streaming service has also announced that the series starring Krysten Ritter in the title role won’t be returning for a fourth season.

“In reviewing our Marvel programming, we have decided that the upcoming third season will also be the final season for Marvel’s Jessica Jones,” Netflix added. “We are grateful to showrunner Melissa Rosenberg, star Krysten Ritter and the entire cast and crew, for three incredible seasons of this groundbreaking series, which was recognized by the Peabody Awards among many others.”

Netflix started to let go of its Marvel programming last October when it canceled Iron Fist. Because the Finn Jones starrer was arguably the least successful Marvel TV show on Netflix, some fans found its cancellation reasonable. However, when Netflix canceled the critically acclaimed and commercially successful Luke Cage a week after, fans knew that something undesirable was happening.

While Netflix’s Marvel TV Universe is ending, it doesn’t necessarily mean that fans have seen the last of the Punisher, Jessica Jones, Daredevil, Luke Cage, and Iron Fist. In an open letter to fans, Marvel Television head Jeph Loeb teased that the canceled Marvel shows on Netflix might find a new life on other platforms.

“On behalf of everyone at Marvel Television, we couldn’t be more proud or more grateful to our audience,” said Loeb. “Our network partner may have decided they no longer want to continue telling the tales of these great characters… but you know Marvel better than that. As Matthew Murdock’s dad once said, ‘The measure of a man is not how he gets knocked to the mat, it’s how he gets back up.’ To be continued…!”