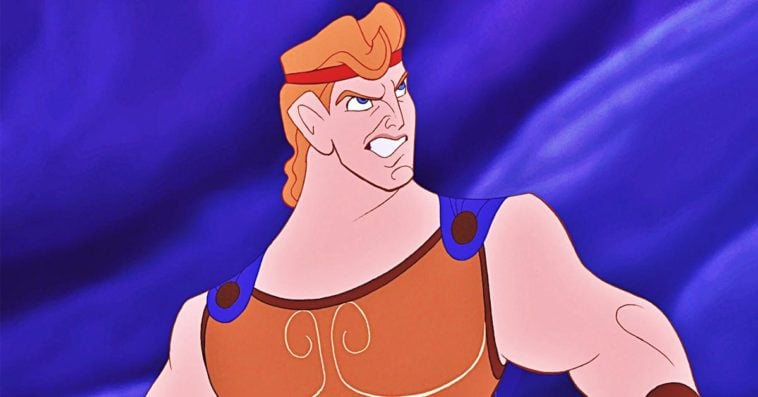 Disney’s 1997 animated film Hercules is getting a stage adaptation.

The stage musical will be presented through The Public Theater’s Public Works program, which seeks to engage New York community members to work alongside professional artists with the aim of creating theater that is not only for the people but by and of the people as well.

“Our Public Works community promises to connect this brilliantly conceived story back to the earth from which it sprang: the people,” said Oskar Eustis, Public Theater Artistic Director, in a statement. “What a grand and unlikely experience this will be.”

Produced by special arrangement with Disney Theatrical Productions, under the direction of Thomas Schumacher, Hercules will feature songs from the much-loved animated classic, plus new original songs by the film’s composer Alan Menken and lyricist David Zippel. It will also include a new book by Kristoffer Diaz and original choreography by Chase Brock. The musical will be directed by Public Works founder and resident director Lear deBessonet.

“We are thrilled to welcome Lear deBessonet back at the helm of our Public Works initiative for the first time since 2015,” said Eustis. “Alan Menken is one of the great musical geniuses of our time; it is an honor to welcome him, David Zippel, and Kristoffer Diaz to the Delacorte.”

The musical will run from August 21st to September 8th at The Public Theater’s outdoor Delacorte Theater, continuing the arts organization’s 57-year tradition of offering free performances in Central Park. It will close out the 2019 season of The Public Theater’s Shakespeare in the Park lineup, following productions of Much Ado About Nothing, directed by Kenny Leon, and Coriolanus, directed by Daniel Sullivan.

“Many generations of our Public Works families have embraced Disney musicals as a shared American canon,” added deBessonet. ‘Hercules’ roots in Greek mythology, infused with soulful gospel music, make it a natural extension of Public Works’ radical exploration of humanity through Shakespeare and the classics. We’re excited to see how this Public Works production will uncover the deeper meaning of what it means to be a hero and how true strength is derived, not from the greatness of one person, but the transformative power of community.”

Free tickets will be distributed on each performance day. A detailed schedule of borough distribution dates as well as additional information will be released later in the spring. Beyond the Public Works production of Hercules, it was reported that there are currently no plans for a commercial run of the show.