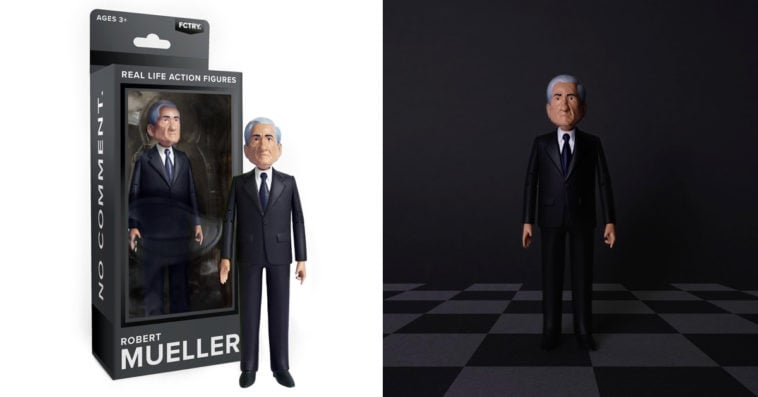 Robert Mueller, the head of the Special Counsel investigation of Russian interference in the 2016 United States elections, is the latest politician in the country to get the action figure treatment.

FCTRY, the Brooklyn-based product design company behind the wildly popular Real Life Action Figures, has officially added a Robert Mueller figurine to its product offerings on January 15th. The new item is now available for pre-order for $19.99 each.

Designed by sculptor Mike Leavitt, the 6-inch tall Robert Mueller action figure captures the meticulous hair, perma-sealed lips, as well as the fixed gaze of the real-life Special Counsel for the United States Department of Justice. The Robert Mueller toy is also posed with his right hand open “ready for the smoking gun” and his left forefinger extended, geared up to poke “holes in flimsy alibis.” 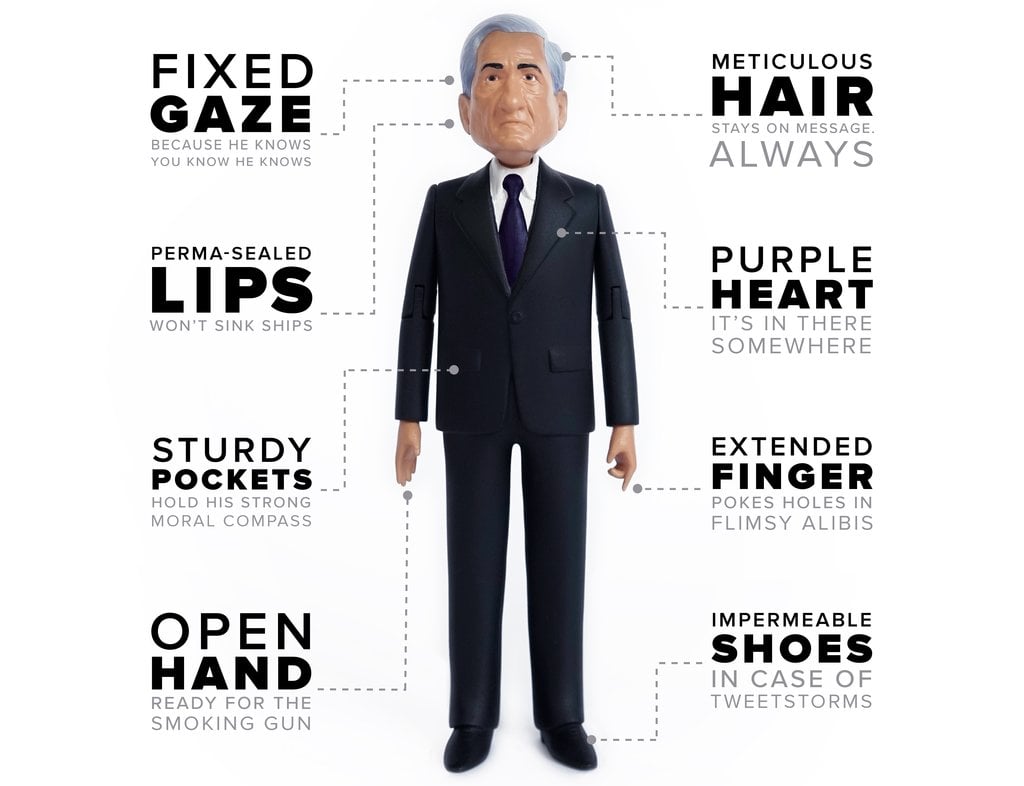 As for why FCTRY decided to add Robert Mueller to its line of Real Life Action Figures — which already includes Ruth Bader Ginsberg, Barack Obama, Elizabeth Warren, Bernie Sanders, Hilary Clinton, and Donald Trump — the company wrote that Mueller “sure seems to be the last thing standing between us and utter chaos.”

“It’s almost impossible to dream up a more perfect foil to Donald Trump,” continued the company in the product description. “He’s the Batman to Trump’s Joker. The Ness to Trump’s Capone. The Bond to, well, every Bond Villain.”

In a statement, FCTRY CEO Jason Feinberg called Mueller the closest thing to an “anti-Trump” who has “come to symbolize all the virtues [President] Trump lacks — honor, dignity, integrity, ohh … and silence.” Feinberg added that he and the whole company are “legitimately excited about the real-life [Mueller] and what he brings to the narrative of these times.”

Shortly after the Robert Mueller action figure was launched, FCTRY tweeted that Mueller declined to comment on the news of him being turned into an action figure.

FCTRY’s first shipments of the Robert Mueller action figure will go out in early summer 2019. Shipping for orders over $25 is free.

Sources: The Hill, Fast Company, Above The Law