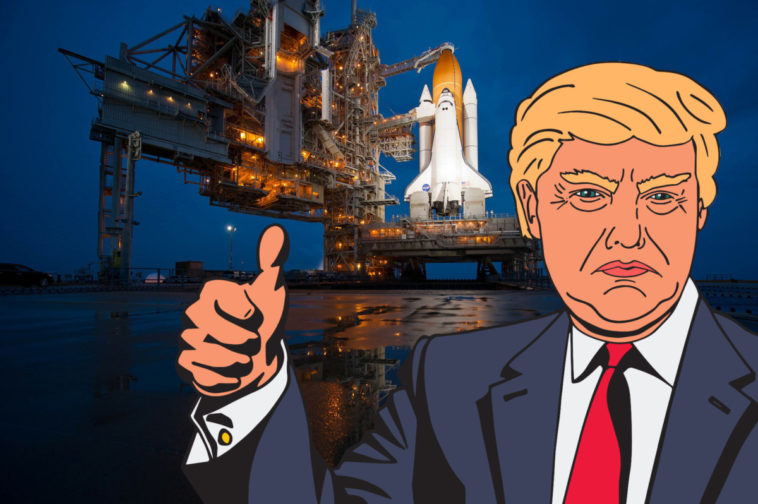 When people say that Donald Trump has his head in the clouds, we don’t think his newest military branch, Space Force, is what they are talking about.

CNN is reporting that the President of the United States, Donald Trump (it still feels weird calling him that), has said that the Space Force and Air Force will be “separate but equal”.

President Trump added that the United States must strive for dominance in space and added that the Space Force is the “sixth branch of the armed forces.”

His exact words were reported to be:

Trump also signed the Space Policy Directive — 3 this week, which is part of his reign’s push to lead the international space race. This directive is focused on satellite and debris management within crowded space.

It will come as no surprise that Trump’s choice of words was not the most tactful. As CNN reported, the term “separate but equal” is an important term in the United States’ segregationist history.

In an 1896 Supreme Court ruling during the Plessy v. Ferguson case, the term became a legal precedent which instated that the use of racially separate facilities, if equal, was not discrimination.

“Separate but equal”, in terms of racial segregation, was finally deemed unconstitutional in the mid-fifties after a series of Supreme Court rulings. It ended with the case of Brown v. Board of Education in 1954.