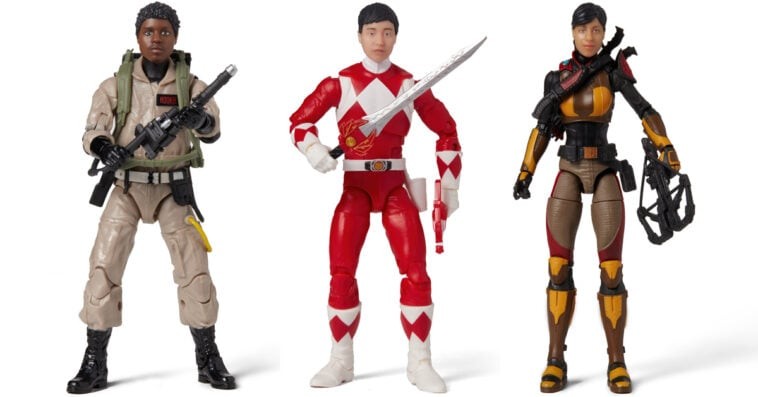 Fans in the United States will soon be able to order officially licensed action figures featuring their own face.

On Wednesday, Hasbro announced that practically anyone in the country will be able to put their own face onto select fully posable action figures from the company’s Star Wars, Marvel Legends, Ghostbusters, G.I. Joe, and Power Rangers toy lines starting this fall.

This milestone in mass customization is made possible by the Hasbro Selfie Series, a collaboration between Hasbro and tech company Formlabs. The project uses 3D printers to enable fans to create a collector-grade, six-inch action figure in their likeness.

How to order your own Hasbro Selfie Series action figure

The process is simple. Download the Hasbro Pulse mobile app (available on Android and iOS) and register. After logging into your Hasbro Selfie Series account, scan your face with your phone camera, customize your character and hairstyle, then sit back and wait for your custom action figure to arrive at your doorstep.

Don’t worry, Hasbro and Formlabs won’t be selling or using your face data for anything else. “The scan will be stored only for 60 days from ship date at which point it is deleted,” wrote spokesperson Meredith Chiricosta, according to The Verge. “It is not used by Hasbro in any way except for if a replacement needs to be issued within the 60-day window from ship date. The scan will not be used for advertising or marketing or sold to anyone.”

What action figures can you make through the Hasbro Selfie Series platform? But according to Brian Chapman ― President and Head of Global Design and Development, Toy/Game/Consumer Products at Hasbro, more Hasbro Selfie Series action figures, likely from other fan-favorite franchises, will be available in the future.

“We are looking at adding additional figures, which is pretty exciting,” Chapman said in a blog post detailing the partnership with Formlabs. “So we’re going to continue to push that envelope and push that boundary, really re-engage with our customers across the entire portfolio. And we’re looking at some other opportunities to really leverage that customized experience through the portfolio.”

How much is a Hasbro Selfie Series action figure?

Each action figure will cost you $60 (plus tax) when the service arrives this fall. The Hasbro Selfie Series line is limited to the U.S., with no current plans to expand at this time.

The Hasbro Selfie Series line doesn’t have an exact launch date yet, but Hasbro has already put up a webpage for the toy line where you can enter your email address to get notified of its availability. Hasbro is expected to open signups for these personalized action figures this fall.

Also, fans attending San Diego Comic-Con ― happening from July 21st to 24th ― will have the opportunity to preview the Hasbro Selfie Series at Booth #3213, with a select number of fans each day being among the first to create and purchase their own action figurines, which will ship in the fall.

Hasbro and Formlabs are not complete strangers to one another. The two companies started working together in 2014 when Hasbro started using Formlabs 3D printers to rapidly prototype its action figures. Now, with the Hasbro Selfie Series, their partnership has evolved from prototyping to end-product manufacturing, enabling fans to create personalized action figures based on classic to current characters seen across popular movies, television series, video games, cartoons, and comic books.

“Our work with Hasbro continues to evolve to be at the forefront of innovation,” said Max Lobovsky, CEO and co-founder of Formlabs, in a press release. “3D printing has long been viewed as a prototyping tool, but the Hasbro Selfie Series personalization platform demonstrates that Formlabs enables end-product manufacturing at scale. I love making and personalizing things I use and am excited to see how fans react to this new 3D printing-powered experience.”

Patrick Marr, Sr Director Model Development at Hasbro, added: “The modern consumer demands a personalized approach to products that can be ordered from anywhere and quickly delivered. The scalability of Formlabs 3D printers has made them our ‘go-to’ partner for many product development projects within Hasbro. Thanks to Formlabs, we can take a customized, user-centric approach to product development, deepening the customer connection and strengthening brand loyalty.”

Watch the video below to find out more about how a Hasbro Selfie Series action figure is created.