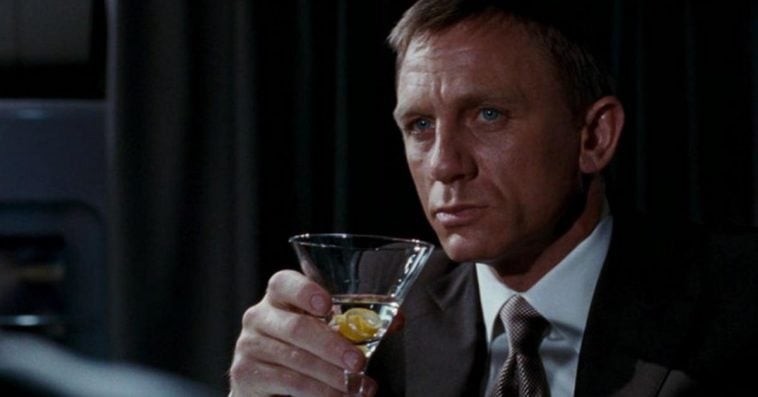 A new academic study conducted by public health researchers at the University of Otago in New Zealand labeled James Bond as a “severe” alcoholic.

After analyzing 24 Bond films, the study, which was published in the Medical Journal of Australia, concluded that the martini-loving MI6 agent suffers from “chronic” alcohol use disorder.

“There is strong and consistent evidence that James Bond has a chronic alcohol consumption problem at the ‘severe’ end of the spectrum,” reads a portion of the study, which found Bond sipped a drink 109 times, or an average of 4.5 times in each film.

According to the study, Bond’s most dangerous drinking sesh so far happened in the 2008 movie The Quantum of Solace, in which the British spy — portrayed by Daniel Craig — was seen consuming the equivalent of 24 units of alcohol on a plane. The researchers said that consuming such amount of alcohol could have elevated Bond’s blood alcohol level to fatal levels.

Since the study found that Bond’s drinking habits led to him engaging in “risky” behaviors like fights, and high-speed driving, the researchers suggest that the MI6 should have played a bigger role in solving their employee’s drinking problem. “MI6 management needs to redefine Bond’s job to reduce his stress levels,” says the study.

“More field support and a stronger team approach are needed so that his duties do not weigh as heavily upon him,” added Nick Wilson, the lead author of the study and a professor at the University of Otago’s Department of Public Health. “To start with, M should no longer offer Bond drinks in workplace settings.”

The researchers studied Bond’s drinking behavior with reference to The Diagnostic and Statistical Manual of Mental Disorders, Fifth Edition, which is used by mental health professionals to evaluate disorders. They also used the 11 criteria of Alcohol Use Disorder to assess Bond’s alcohol consumption and found out that the secret agent fitted at least 6, and possibly 9, of the 11 criteria, suggesting that the fictional character had a “severe” drinking problem.

Production on the next Bond film won’t start until March 2019. Craig is reprising his Agent 007 role with Cary Joji Fukunaga directing the sequel. The yet-to-be-tiled movie is scheduled for a February 14th, 2020 release.