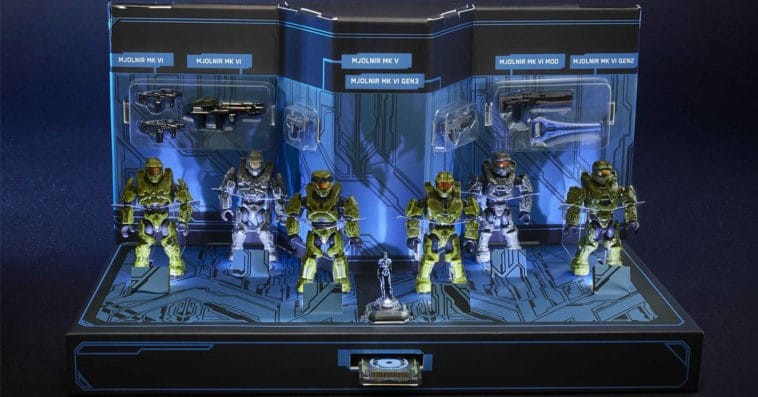 Ideal for pro builders, ages 8 and up, the collector set also includes a special Cortana hologram with a unique deco, a Cortana chip, and several iconic weapons and accessories from throughout the franchise. Priced at $20, MEGA Construx Halo Master Chief Collection will be available in limited quantities on July 23rd starting at 12 p.m. ET on Instagram @mattelcreations.

In addition to this Comic-Con@Home exclusive, MEGA Construx is also unveiling a new Halo toy line in a virtual panel at Comic-Con@Home on July 23rd from 2 p.m. to 3 p.m. ET. Featuring MEGA Construx toy designer Mia Muscroft, the panel will give fans an inside look at the toy brand’s all-new line of Halo construction toys, and reveal sets based on the highly anticipated Halo Infinite game.

Though Halo Infinite is set to be released as a launch title for Xbox Series X later this year, it will also be published by Xbox Game Studios for Microsoft Windows and Xbox One. Co-developed by 343 Industries and SkyBox Labs, Halo Infinite is the sixth main entry of the Halo series and the fourteenth game overall. While plot details are scarce, it will continue the story of the Master Chief in the third chapter of the Reclaimer Saga.