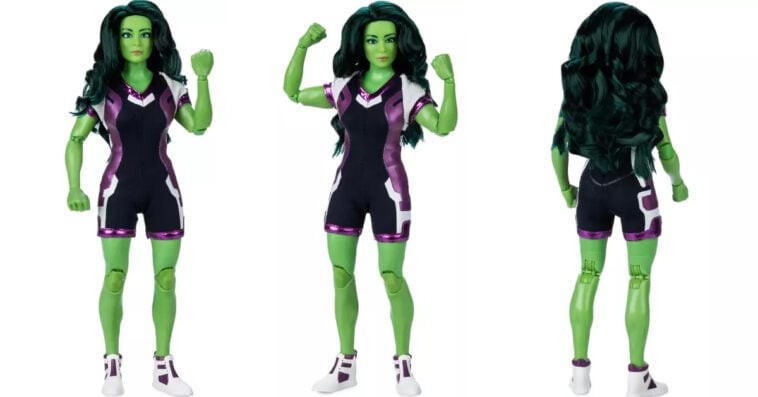 shopDisney has released a doll in the likeness of Tatiana Maslany’s titular character in the upcoming Disney+ series, She-Hulk: Attorney at Law.

Called She-Hulk Special Edition Doll, the 12-inch action figure is dressed in a stretch metallic fabric jumpsuit, first seen in a sizzle reel for some of the much-awaited Marvel Studios series in November 2021. The green fully articulated doll features a rooted, wild mane of hair and comes complete with a pair of white/purple sneakers. 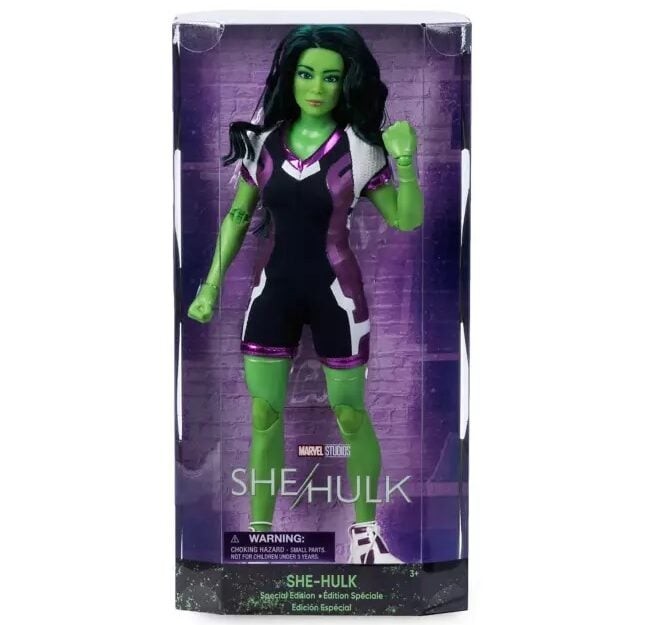 For ages 3 and up, the officially licensed Marvel doll is now available for purchase on shopDisney for $49.99. This 12-inch fully articulated action figure is based on the titular character of the new Disney+ series, She-Hulk: Attorney at Law.

What is She-Hulk: Attorney at Law?

Created by Jessica Gao for Disney+, She-Hulk: Attorney at Law is a Disney+ series based on the titular Marvel Comics character. It follows Jennifer Walters (Maslany), a lawyer specializing in cases involving superhumans, who also becomes the green superhero She-Hulk. Part of Phase Four of the Marvel Cinematic Universe (MCU), it is the eighth TV series in the superhero franchise and the last TV series of that phase.

Marvel Studios president Kevin Feige had previously described the show as “a half-hour legal comedy” that would be faithful to John Byrne’s She-Hulk comics run, which first launched in 1989. “[The show is about] a woman trying to navigate the world and be taken seriously as a working professional despite the fact that she is well over 6’7 and green,” said Feige of the series.

In addition to Maslany (Orphan Black) playing the titular role, the series also stars Mark Ruffalo, who made his first MCU appearance as Bruce Banner/The Hulk in 2012’s Avengers. Tim Roth is also reprising his role as Emil Blonsky, a.k.a. Abomination, in the show. Roth previously played the villainous character in 2008’s The Incredible Hulk, which is part of Phase One of the MCU.

Other MCU alums who are set to appear in the series include Benedict Wong as Wong, a.k.a. The Sorcerer Supreme, and Charlie Cox as Matt Murdock/Daredevil.

Josh Segarra (Arrow) is also set to appear in the series as Augustus “Pug” Pugliese, with Jon Bass (Baywatch) portraying Todd, a potential suitor for Walters. Anais Almonte (The Equalizer), Nicholas Cirillo (The Act), and Griffin Matthews (The Flight Attendant) have been cast in undisclosed roles.

When does She-Hulk come out?

The nine-episode season 1 of the series is scheduled to premiere on Disney+ on August 17th.