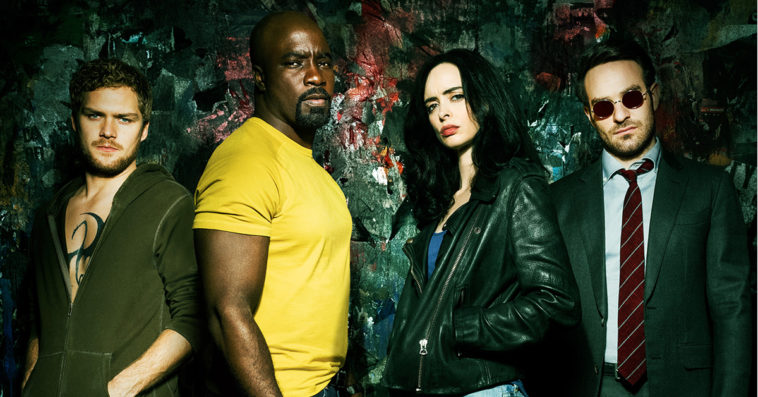 Marvel Television’s chief Jeph Loeb has spoken out about the cancellation of the Netflix series Daredevil, Jessica Jones, Luke Cage, Iron Fist, and The Punisher.

In a recent interview with Deadline, Loeb said that Marvel TV was “blindsided” by the streaming giant’s decision to cancel all its original Marvel shows. While Loeb acknowledged that the cancellation of the said web series has created a hole in the hearts of many Marvel fans, the exec said that in addition to Hulu’s The Offenders and the previously announced Marvel web series for Disney+, there are more Marvel shows coming up that would hopefully fill the void left by the canceled Netflix series.

“The things that were to come weren’t finished yet,” Loeb said. “We weren’t ready to announce that, so there was this space in between it, so it did look like maybe we were going to go out, then suddenly, we were arising again like the Phoenix.”

For one, Loeb revealed that fans are going to see more TV shows featuring street-level Marvel heroes. “If the Marvel heroes are here to save the universe, the Marvel Street-Level Heroes, the Marvel Knights, often they are just to save themselves, to save the neighborhood,” the Marvel exec said. “Some of those appeared on Netflix, but there are others that live in that category, which are still to come.”

Loeb also teased that they might be a new TV series revolving around young superheroes. “We took a look at the Marvel Universe that was upcoming and we knew that Tom Holland was going to be playing the role of Peter Parker in Spider-Man, so the idea of YA, the idea of young heroes was something that got us very excited because it works really well on television.”

Though Loeb also confirmed that Marvel TV is in talks with ABC for a new female-led series, the exec declined to reveal whether the project is intended to premiere while Marvel’s Agents of S.H.I.E.L.D. is still on air or afterwards.

In addition to Disney+ series The Falcon and the Winter Soldier, WandaVision, Loki, and Hawkeye that are all currently being produced by Marvel Studios, Loeb revealed that Marvel TV will also be doing shows with Disney+. “We just haven’t announced what we’re going to do there,” he said.

Though Loeb didn’t reveal when exactly these upcoming shows will officially be announced, it’s very likely that more details about them will be revealed at next week’s D23 Expo.