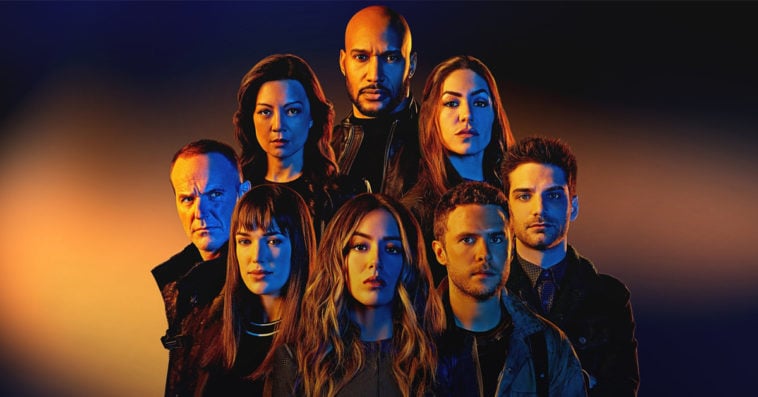 The principal photography on Marvel’s Agents of S.H.I.E.L.D.’s upcoming seventh and final season has ended on Tuesday, July 30th.

The last day of shooting was announced on the show’s official Twitter account with a photo of the main cast along with the producers of the series. In the tweet, the whole team thanked the fans for their continued support and expressed how excited they are for the viewers to see the show’s two-hour Season 6 finale on Friday, as well as the final season that is slated to be released next summer.

Today is our final day shooting Marvel's #AgentsofSHIELD. Thank you to all the fans who have supported us. We can't wait for you to see the epic end of Season 6 on Friday and our final season next summer! pic.twitter.com/oVTTRlYC4G

Showrunners Maurissa Tancharoen and Jed Whedon, as well as cast members Clark Gregg and Ming-Na Wen, also took to their respective social media accounts to share their feelings during the show’s final day of filming.

#agentsofshield last day of filming. Ever. So much of our life has happened here. Our daughter doesn’t know life without this show. Thank you to the behind-the-scenes family we’ve built here and to the fans who allowed us to build it. These Zephyr One sets are wrapped for good. Hard to describe the all emotions around here. But grateful is heavy in the mix. Love to all.

Last day of #agentsofshield My god, I love these people. 7 seasons

How is it that I’m numb & yet so emotional?

Unsurprisingly, lots of fans got so emotional with the news that they also took to social media to share how they love the show and how grateful they are for it.

I still can’t believe this… I’m so sad, I’ll miss aos more than any other show because you’ve been beside me the whole damn time and I-I’m not strong enough to live in a world that doesn’t have you in it pic.twitter.com/FhzRpQJFAi

This is a lot. My ❤ can’t…I’m not sure I will ever be ready to say goodbye. Thankfully we have the 2hr S6 finale & a whole new season to look forward to. What a wild rollercoaster its been. Ty for giving us the best of Marvel. Love you forever! #CoulsonLives #AgentsofSHIELD pic.twitter.com/NpgG5kJEY3

Gonna be extremely sad to see this show go. I’ve been ride or die since the first episode and coulson was such an integral part of connecting the early mcu. Hopefully @Marvel continues it on their Disney streaming service in some form. pic.twitter.com/vuztDNnA1B

I know you don’t need the validation because you all already know how fucking amazing you are. But I need to say it anyway…thank you so much for 7 phenomenal seasons. You are all immensely talented and I wish you look with your futures… still waiting for a #Quake movie !!!!

Agents of S.H.I.E.L.D. premiered in 2013 on ABC. The first season of the series featured the return of fan-favorite S.H.I.E.L.D. operative Phil Coulson (Gregg) following his death in the 2012 movie The Avengers. The succeeding seasons of the show find Coulson and his team take on different threats based on the Marvel Cinematic Universe and Marvel Comics in general.

The show’s sixth season, which debuted last May 10th, will end its run on Friday, August 2nd at 8 p.m. ET on ABC.  Executive vice president of Marvel Television Jeph Loeb announced at the San Diego Comic-Con earlier this month that next year’s Season 7 will be the show’s last.