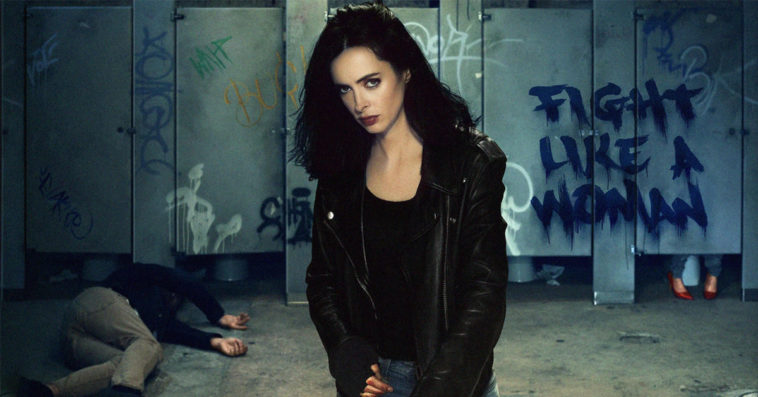 Krysten Ritter is now a mom!

The 37-year-old actress, who played the titular role in Marvel’s Jessica Jones, has given birth to her first child, a boy, at Cedars-Sinai Medical Center in Los Angeles on Monday, July 29th.

According to the birth certificate obtained by TMZ, the full name of Ritter’s son is Bruce Julian Knight Granofsky. Bruce’s dad is The War on Drugs frontman Adam Granduciel, whose real last name is Granofsky.

While fans couldn’t be happier for Ritter on the newest addition to her family, some of them are still upset that Netflix opted not to renew Jessica Jones after three seasons. The show’s cancellation was announced by the streaming giant last February, along with the news that its fellow Marvel series The Punisher also got cancelled.

The cancellation of the two series officially marked the end of the Marvel TV universe on Netflix, which previously cancelled its other Marvel shows Iron Fist, Luke Cage, and Daredevil in anticipation of the upcoming launch of Disney’s very own streaming service Disney+.

“[The cancellation] kind of [left] us all in this uninformed, weird place,” Ritter admitted to the Daily Mail in June. “[But] you ask any actor on this show if they want to do it again if they had the chance and they’re going to say yes, because the experience was so fun and inventive, and the characters are so strong.”

In a tweet, Ritter made it clear that she would be willing to play the role of Jessica Jones again if given the opportunity.

I would play JJ again in a HEARTBEAT – she’s the coolest character ever and I love her! Hey, you never know what the future holds ? As for now I’m so proud of the long run & the deep character work I got to do. It’s been a dream and never say never! https://t.co/donjfIgjvp

Interestingly, in an open letter to fans back in February, Marvel Television head Jeph Loeb teased that the canceled Marvel shows on Netflix might find a new life on other platforms.

“On behalf of everyone at Marvel Television, we couldn’t be more proud or more grateful to our audience,” said Loeb. “Our network partner may have decided they no longer want to continue telling the tales of these great characters… but you know Marvel [is] better than that. As Matthew Murdock’s dad once said, ‘The measure of a man is not how he gets knocked to the mat, it’s how he gets back up.’ To be continued…!”