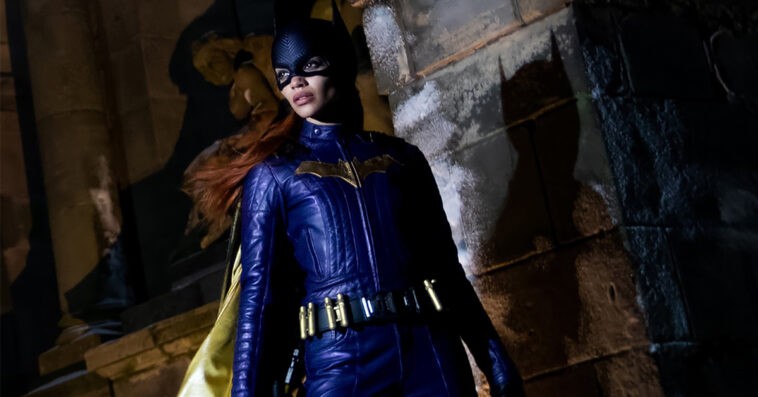 Warner Bros.’ decision to not release the Batgirl movie, starring Leslie Grace in the titular character, has been met with angry reactions from fans.

The fuming responses of fans to the shocking shelving of the Batgirl movie don’t simply come from the disappointment that they will never be able to see the film they had waited for so long. Instead, their furious reactions are anchored more on the seemingly ungrateful attitude of the studio towards all the people that had worked hard on the project.

Some angry tweets from fans read that it would be a lot better if Warner Bros. would sell the rights to DC over another studio so Warner Bros could stop wasting and ruining people’s time.

Seriously @wbd sell DC and get it over with clearly you can't do this. #SaveBatgirl #ReleaseBatgirl

It's Unfortunate how shitty people ruin it for everyone? Can we ever trust @wbd or @hbomax ever again?

#SaveBatgirl. @wbpictures really is run by idiots. They prove it with a bogus decision at least three times a year.

Why did they cancel the Batgirl film?

The New York Post, the first news outlet to reveal Warner Bros.’ decision to not release the Batgirl movie in theaters or on any streaming platforms, reported that the film was axed because it was a “disaster.”

The Post noted that the project had done test screenings for audiences in anticipation of a late 2022 debut, but those tests were said to be so poorly received by moviegoers that Warner Bros. decided to cut its losses and run, for the sake of the brand’s future. “They think an unspeakable Batgirl is going to be irredeemable,” a source told the outlet.

But in an official statement from a Warner Bros. spokesperson, the studio’s decision to kill the Batgirl movie, along with the film Scoob!: Holiday Haunt, was not due to the quality of the film or the commitment of the filmmakers and everyone involved.

“The decision to not release Batgirl reflects our leadership’s strategic shift as it relates to the DC universe and HBO Max,” said the rep for the studio. “Leslie Grace is an incredibly talented actor and this decision is not a reflection of her performance. We are incredibly grateful to the filmmakers of Batgirl and Scoob! Holiday Haunt and their respective casts and we hope to collaborate with everyone again in the near future.”

The Batgirl movie from filmmakers Adil El Arbi and Bilall Fallah was greenlit in 2021 as part of a company-wide effort at Warner Bros. to create feature films specifically for HBO Max. But the new corporate regime at Warner Bros. Discovery led by CEO David Zaslav has reverted the studios’ priorities back to theatrical features, leaving Batgirl in a complicated situation.

Batgirl was budgeted to screen in homes on HBO Max, and not for a major global release in theaters. The film had an initial $75 million production budget, which increased to $90 million due in part to COVID-related delays and protocols. Insiders told Variety that Warner Bros. has the option to release the movie in theaters worldwide but doing so would require them to shell out tens of millions, which is a big no-no for Zazlav who seeks $3 billion in cost savings.

Apparently, Warner Bros. Discovery doesn’t also think that releasing Batgirl on HBO Max would be profitable, with several sources claiming that Zazlav will likely take a tax write-down on Batgirl and Scoob!: Holiday Haunt to recoup the costs on both films.