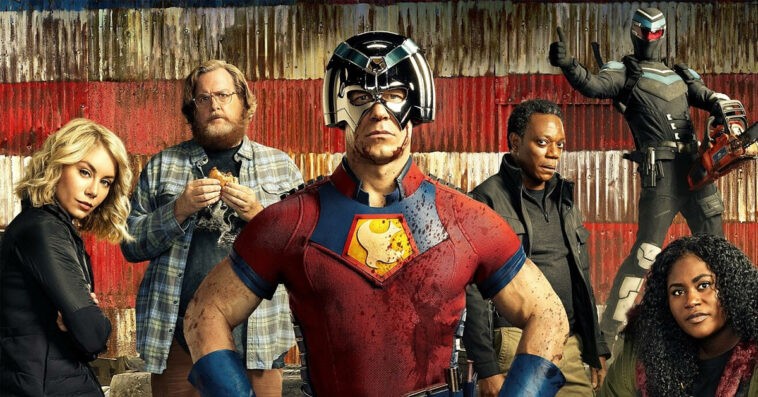 Since Warner Bros. Discovery canceled Batgirl earlier this month, fans have been unsure which of the previously announced DC projects will still move forward at the newly merged company. While the overall future of the DC franchise remains unclear as the entertainment giant continues its cost-cutting strategy, a new report has confirmed that Peacemaker season 2 and two other DC TV series will proceed as originally planned.

According to Deadline, Peacemaker season 2 is “moving along” at HBO Max along with its fellow high-profile DC series The Penguin and Green Lantern. Below is everything we know about the three TV shows:

Peacemaker season 2 was officially announced in February 2022, but after the shocking cancellation of Batgirl in August 2022, fans of The Suicide Squad spinoff series had been worried that the show might be the next to get the ax.

Prior to Deadline’s report, Peacemaker creator James Gunn took to Twitter to assure fans that there’s nothing to worry about, as the show is safe from cancellation and its second season is still a go.

No need to be worried on behalf of #Peacemaker. Our friend will still be making lots of peace in Season 2. 🕊☮️🧜‍♂️ https://t.co/6z1vnfITug pic.twitter.com/LsNXTD6rJS

Gunn will write and direct all episodes of Peacemaker season 2, which is set to start filming in 2023. Plot details on the new season are being kept under wraps, but Gunn previously said that the show’s sophomore run would explore the repercussions, good and bad, of the first season’s events.

“I think we’re going to just continue the story of Christopher Smith (John Cena), and there’s going to be repercussions for things that have happened, but also I’m not saying repercussions in bad ways,” Gunn told Deadline in February 2022 when asked to tease the next batch of episodes. “I think there’s a lot of good things that happened in season 1.”

Ordered as a limited series by HBO Max in March 2022, The Penguin is a spinoff of Matt Reeves’ 2022 The Batman movie. Starring Colin Farrell as the titular character, the series will chart Penguin’s rise to power in Gotham’s criminal underworld following the events of the film.

Farrell will exec produce The Penguin, along with The Batman producers Dylan Clark and Reeves, who compared the series to the 1980 gangster film The Long Good Friday and the 1983 epic crime drama movie Scarface. Agents of SHIELD producer Lauren LeFranc was hired as showrunner.

HBO Max ordered a 10-epsiode season 1 of Green Lantern in October 2020. Co-written by Seth Grahame-Smith and Marc Guggenheim, the series comes from Greg Berlanti, the prolific producer who oversaw The CW’s Arrowverse.

Green Lantern will follow the adventures of a multitude of Lanterns, including Alan Scott, Guy Gardner, Jessica Cruz, Simon Baz, and many more. Alan is Earth’s first Green Lantern, who, based on the latest comic book interpretations of the character, is a gay man. Guy, meanwhile, is the second member of the Green Lantern Corps to be chosen from Earth. Lastly, Jessica and Baz are the newest Green Lanterns of Earth and both have recently taken big roles in the comics.

The hourlong superhero show will also feature fan-favorite characters like Sinestro and Kilowog and will introduce new heroes to the ranks of the Green Lantern Corps. While it’s not clear who these new members are, there’s a possibility that one of them is David Ramsey’s John Diggle, as he was seen opening a glowing green box at the end of the Arrow series finale.

“We’re very hopeful [for a season 4 renewal],” Schumacker told The Wrap. “I think we feel pretty good. … It feels like people are liking the show. We don’t know, but we feel from the vibes we’re getting from the executives and people like that around the show that it’s doing well for them. I feel like it’s got a hardcore fanbase and I don’t feel like DC has a lot of other shows that are like it. So if ours was to go away, I think it would leave a big hole. We feel hopeful.”