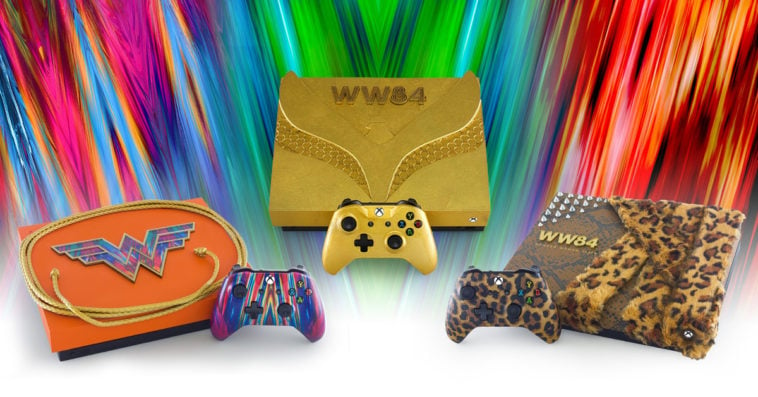 To keep fans excited about the much-awaited release of Wonder Woman 1984, Microsoft has unveiled three custom Xbox One X consoles inspired by the DC superhero’s gold armor, Lasso of Truth, and villain Cheetah. Photos and details about the consoles are as follows: 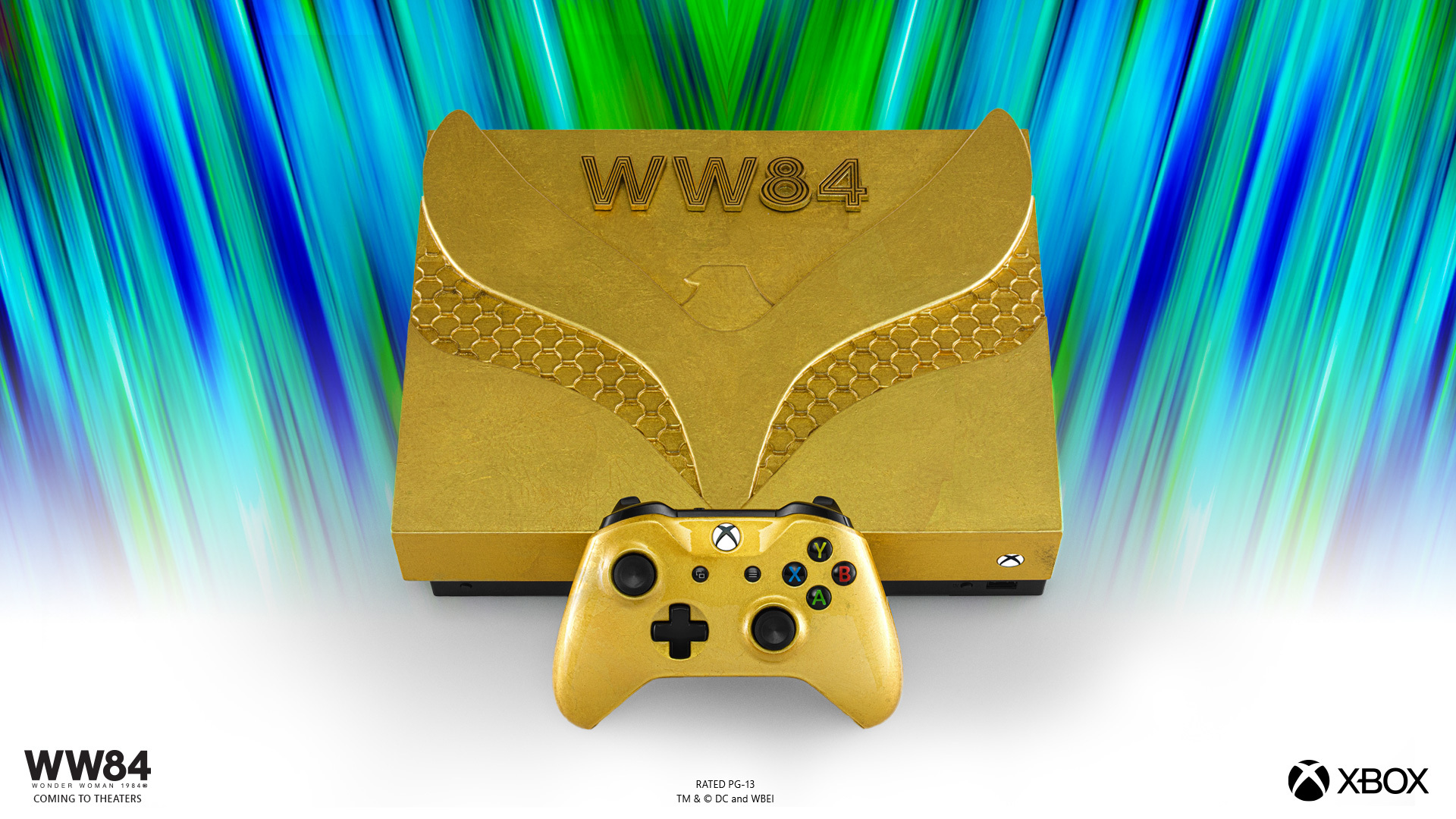 Featuring 24-carat gold leaves, this console matches the sparkly gold suit worn by Gal Gadot’s Wonder Woman in the sequel. Made entirely by hand, this collector’s item boasts a classy golden eagle crest on top and a 3D-printed Wonder Woman 1984 logo resting above it. The console will be auctioned off with all proceeds going to Together for Her, an initiative launched by the Charlize Theron Africa Outreach Project, leading humanitarian organization CARE, and the Entertainment Industry Foundation. Details about the auction will be announced at a later date. 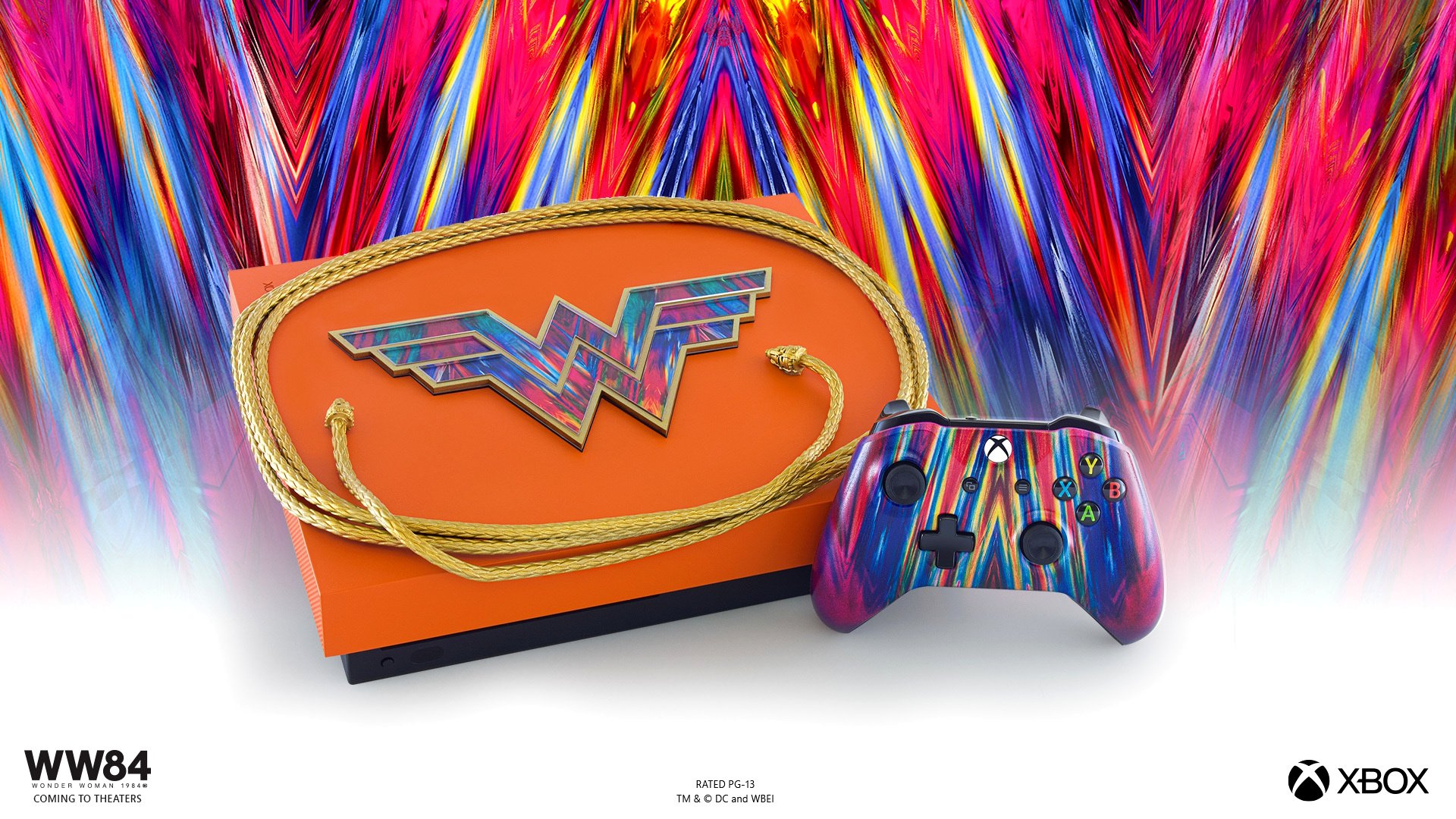 This console features a replica of the Lasso of Truth laying perfectly across the top of the gaming box and encircling a stunning 3D-printed Wonder Woman crest in the flashy colors of the ‘80s. From August 25th through September 17th, fans will have the chance to win this console by simply liking or retweeting the Xbox sweepstakes tweet below:

RT this post for a chance to win a custom Xbox One X display inspired by WONDER WOMAN 1984, coming to theaters. Experience the wonder. #WW1984Xbox #WW84 #Sweepstakes 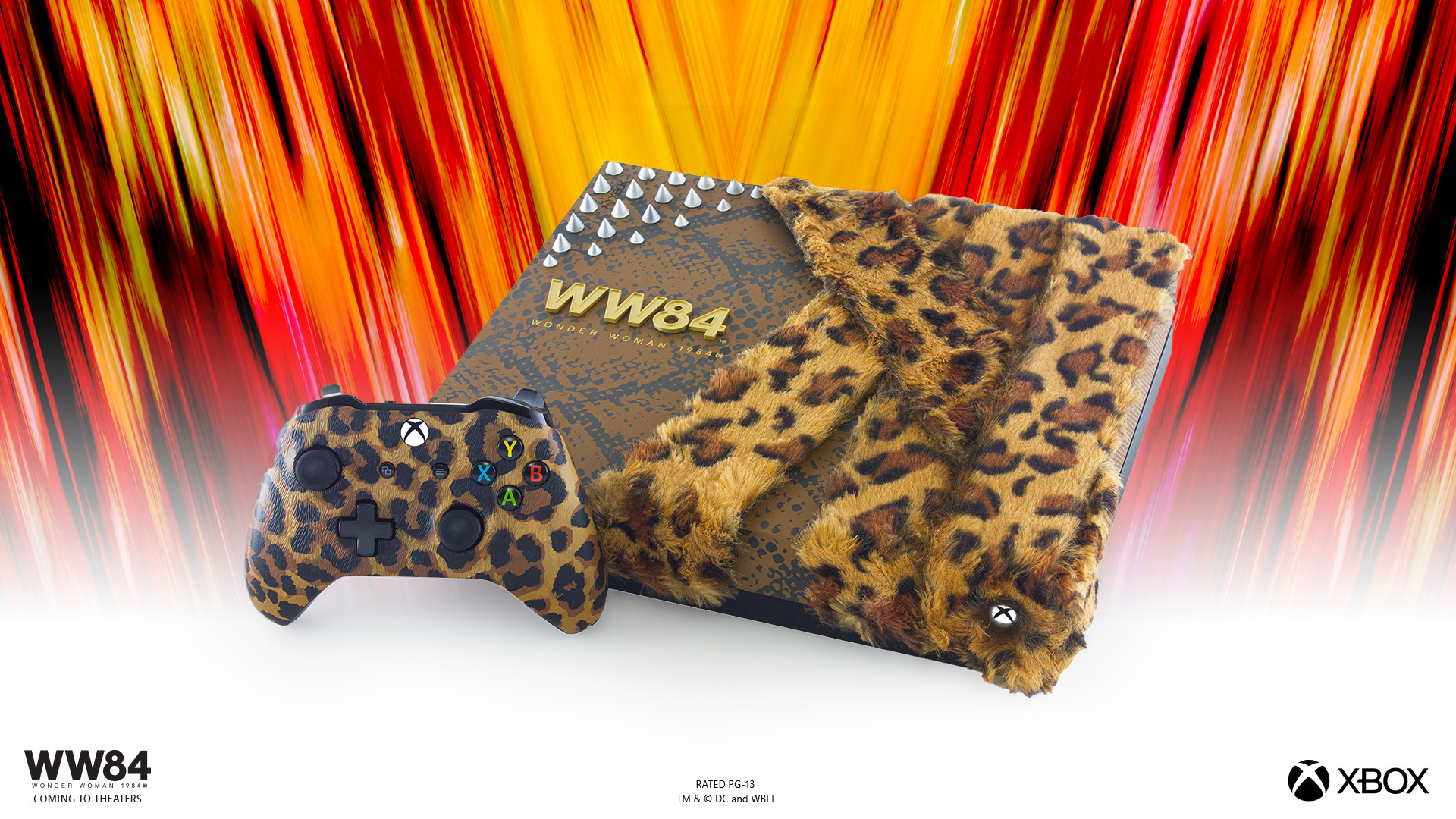 Inspired by the punk rock look of Kristen Wiig’s Barbara Minerva, aka Cheetah, in the movie, this console features a detailed snakeskin pattern and faux leopard fur that lives up to the wild persona of the DC antagonist. Completing the design are silver spikes on the top left corner of the console, and a gold 3D-printed WW84 logo. For some reason, Microsoft hasn’t made clear whether this console will be made available to buy or win.

If you’re thinking that these consoles could overheat quickly especially the one with the fur design, Microsoft pointed out that these are “for display ONLY, not gameplay.” Both the successful bidder and the sweepstakes winner, however, will each get a standard Xbox One X to actually play games on, in addition to the display consoles.