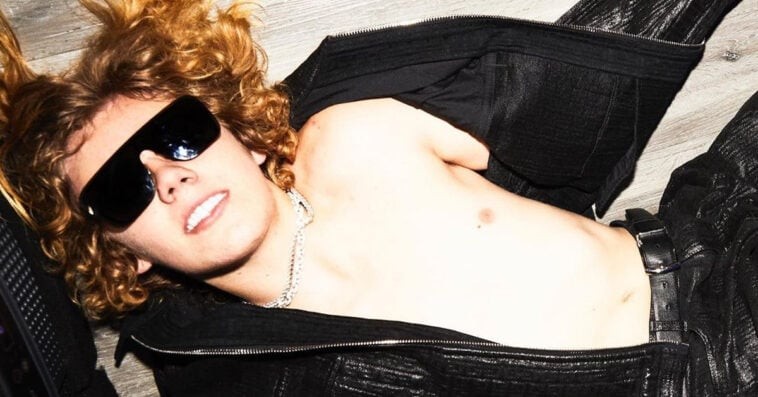 The Kid Laroi is an Australian rapper, singer, and songwriter. Since gaining popularity from his association and friendship with American rapper Juice Wrld, Laroi has gone on to become one of the highest-paid young artists in the music industry today. Curious about how much money he makes? Read on to find out what The Kid Laroi net worth is and how he managed to become a multi-millionaire long before he turns 20.

What is The Kid Laroi net worth?

The Kid Laroi net worth is estimated at $4 million as of September 2022.

How much does The Kid Laroi make a year?

According to BioOverview.com, The Kid Laroi makes over $400,000 a year. Below is a rundown of how he is able to earn such a huge amount of money annually.

The majority of The Kid Laroi net worth comes from his earnings as a rapper, singer, and songwriter. These include the money he gets from album sales, royalties from music streaming services, live concerts, and collaborations with other artists. Laroi also earns from ad revenues on YouTube. His YouTube channel, where all his music videos are available to stream, has over 4.57 million subscribers as of September 2022.

Laroi started recording raps over beats using his mother’s phone and uploading them to SoundCloud. In 2015, Howard teamed up with Adelaide rapper DJ Marcus Jr., a.k.a. LadyKiller, forming the duo Dream$Team. After becoming a mentee of DJ Marcus for quite some time, Laroi met producer Khaled Rohaim, who gave him some work writing songs for other artists.

Fast-forward to 2017, Laroi was signed to a development deal with Sony Music Australia. In 2018, he released his debut EP, 14 with a Dream, where he collaborated with Manu Crooks, B Wise, and Miracle. That same year, he became a finalist in the Triple J Unearthed high competition, got to perform with Manu Crook$ at Listen Out Festival, rapped with Tkay Maidza at Triple J’s One Night Stand Festival, played at Newtown Festival, and worked on a song with Lil Skies.

In 2019, Laroi entered a partnership agreement with American rapper Lil Bibby’s record label Grade A Productions and Columbia Records. Laroi then found international prominence after late rapper Juice Wrld started mentoring him. Laroi memorably performed as a support act on Juice Wrld’s Australian national tours in 2018 and 2019. In December of 2019, Laroi gained more attention when the music video for his song Let Her Go was released on the Lyrical Lemonade YouTube channel.

In July 2020, Laroi dropped his mixtape F*ck Love, which contains features from Lil Mosey, Corbin, and Juice Wrld. The deluxe edition of F*ck Love was released in November of that year, peaking at No. 1 on the Australian ARIA charts, as well as No. 3 on the US Billboard 200.

2021 was a year of big collaborations for Laroi. In March of that year, Laroi was featured in Justin Bieber’s song, Unstable. And in July, Laroi released the song Stay, another collaboration with Bieber that peaked at No. 1 on the Hot 100, becoming Laroi’s highest-charting single in the U.S.

In April of that year, Laroi also dropped a remix Without You, featuring Miley Cyrus. The song peaked at No. 8 on the Billboard Hot 100, becoming Laroi’s first-ever top-ten single as a lead artist.

Laroi’s first-ever studio album, Kids Are Growing Up, is set to be released sometime in 2022. Meanwhile, his first headlining tour, The End of the World Tour, kicked off in Australia last May.

The Kid Laroi net worth is boosted with the rapper’s earnings from brand endorsements. For instance, in May 2022, Laroi collaborated with McDonald’s Australia to launch The Kid Laroi Meal, a limited-edition meal consisting of six Chicken McNuggets, Medium Fries with barbeque sauce, a cheeseburger without pickles, and a cup of Frozen Coke.

Back in 2019, Laroi also did an in-store meet and greet for the streetwear brand Street X in Australia.

The Kid Laroi is currently 19 years old. He was born on August 17th, 2003 in Waterloo, New South Wales, Australia

The Kid Laroi’s real name is Charlton Kenneth Jeffrey Howard. Through his great-great-grandfather, who was part of the “Stolen Generation,” Laroi is of Indigenous Australian Kamilaroi descent. The rapper adopted the stage name “Laroi” based on the Kamilaroi people.

Prior to becoming known as The Kid Laroi, the singer’s first rap name was “FC6”.

When he was 4, his parents divorced. With his mom, brother Austin Howard, and grandparents, Laroi moved to the rural town of Broken Hill, New South Wales, where he attended Sacred Hart Parish School and a boarding school in Adelaide.

The family then relocated to Sydney. There, Laroi studied at the Australian Performing Arts Grammar School. He, however, eventually dropped out, to pursue a career in music.

Laroi has been in romantic relationship with TikTok star Katarina Deme since 2020. In August 2022, the couple celebrated their second anniversary in Paris, France.

Want to know the net worth of other rappers? Click the links to find out how much Tay-K, Sauce Walka, Bre-Z, Ryan Upchurch, Mulatto, and OhGeesy make.