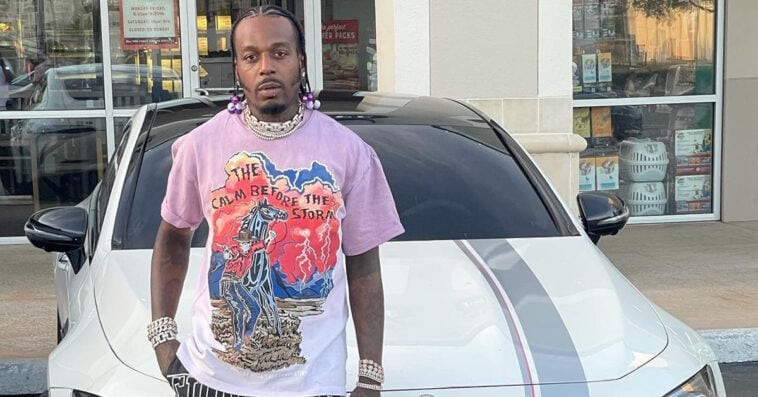 Sauce Walka is an American rapper from Houston, Texas who rose to fame for his 2015 diss track Wack 2 Wack. Accusing Drake of appropriating Houston hip-hop music, the song gained a lot of media attention and opened so many opportunities for Sauce Walka’s music career. Since then, Sauce Walka has dropped numerous mixtapes, collaborated with several popular artists, and founded his own independent record label. With all these achievements, how much does he actually make now? Read on to find out what Sauce Walka net worth is.

How much is Sauce Walka net worth?

Sauce Walka net worth is estimated at $3 million as of 2022. According to BioOverview.com, the rapper makes $400,000 every year. Below is a rundown of how he gets to earn such a huge amount of money annually.

The biggest portion of Sauce Walka net worth comes from his earnings as a rapper and songwriter. These include the money he gets from digital donwloads, royalties from music streaming services, live concerts, and collaborations with other artists.

He began his rapping career in 2007 under the stage name A-Walk and as member of the Houston rap group called Mostheard. He started to release mixtapes as Sauce Walka in 2014 – the same year he formed the duo Sauce Twinz with fellow rapper Sancho Saucy.

During the onset of the COVID-19 pandemic in 2020, Sauce Walka released one mixtape titled Lost in the Sauce. But in 2021, he treated his fans to a total of five mixtapes namely, Sauce Train, Birdz Hunt Snakes, Sauce R&B, God of Texas, and Drill Spill. In 2022, Sauce Walka has already dropped two mixtapes, Al Rage Walka and the most recent, Sauce Beach Florida.

Sauce Walka net worth is also boosted by his earnings from The Sauce Factory, the previously mentioned independent record label that he formed in 2014. Abbreviated as TSF, The Source Factory has currently signed 5th Ward JP, Peso Peso, Rizzoo Rizzoo, Rodji Diego, and Sancho Saucy.

Like many music artists with a huge online following, Sauce Walka also earns some bucks from sponsored posts and brand endorsements featured on his social media accounts. Sauce Walka currently has 1.4 million followers on Instagram and 89,900 followers on Twitter. He also has an OnlyFans account, which has a subscription fee of $30 per month.

A quick look at Sauce Walka’s social media accounts would tell you that he loves cars. And to get an estimate of Sauce Walka net worth, the values of all these vehicles were taken into account. According to multiple online sources, he owns or previously owned the following automobiles: Mercedes Maybach, Mercedes Benz AMG GT63, Bentley Bentayga, Bentley Mulsanne, and more

Born Albert Walker Mondane in Houston, Texas on June 29th, 1990, Sauce Walka was raised by his mother, because his professional wrestler father wasn’t always around. Partly because of his mother’s drug addiction, Sauce Walka became friends with the Bloods gang and joined a street gang called Mash Mode at a young age.

Sauce Walka first went to South Pasadena Senior High School College and then Hightower High School, where he got his diploma.

In the summer of 2009, Sauce Walka was involved in a gun-related incident. According to court records show, he pleaded guilty to deadly conduct after being charged with shooting and wounding a person during a concert at Texas Southern University, which resulted in him serving community supervision.

Fast-forward to 2018, Texas state court documents about an investigation into sex trafficking of minors described Sauce Walka’s independent record label, The Sauce Factory, as a “documented gang” and “known for criminal activity.”

In response to the allegations, the rapper told KPRC, “I’m a CEO of a record label, we drop albums, I got seven artists. We’re a prestigious record label of young men that give out inspiration and leadership to a lot of young people in Houston and all over Texas.”

When asked why he thinks TSF is being tagged as a gang, Sauce Walka said people are probably confusing the record label’s gritty lyrics and videos with real life.