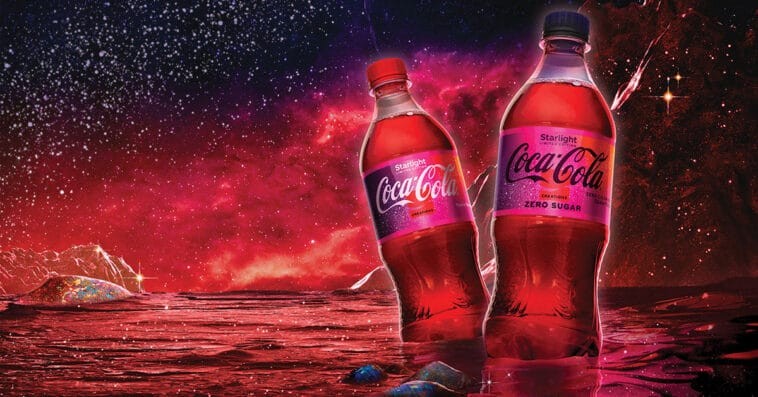 After a few months of speculations, Coca-Cola Starlight has officially been confirmed as the beverage company’s newest limited-edition product.

The new Coke flavor was announced last Friday in conjunction with the launch of the company’s new global innovation platform called Coca-Cola Creations. Through limited-edition, sequential releases, Coca-Cola Creations will introduce new products and experiences across physical and digital worlds.

In a press release, Oana Vlad, Senior Director, Global Brand Strategy, The Coca-Cola Company, said “Coca-Cola Creations aims to surprise, delight and engage global audiences through magical and unexpected tastes, moments and collaborations – something we know our fans have come to expect from us.”

What is Coca-Cola Starlight?

Coca-Cola Starlight is the first product to launch under Coca-Cola Creations. It is created with the vision that – in a world of infinite possibilities – somewhere in our universe, another kind of Coca-Cola, another way of connecting with each other might exist.

“Thirty-five years ago, Coca-Cola partnered with NASA to become one of the first soft-drinks to travel to space,” Vlad said. “That same passion for space still exists today. With Coca-Cola Starlight, we wanted to celebrate the remarkable ability of space exploration to inspire generations to discover new worlds of infinite possibilities. We set out to bring that concept to life through a simple sip, capturing some of the mystery and essence of what we love about space.”

According to the press release, Coca-Cola Starlight combines “great Coca-Cola taste with a dash of the unexpected, including a reddish hue.” Its taste also includes “additional notes reminiscent of stargazing around a campfire, as well as a cooling sensation that evokes the feeling of a cold journey to space.”

If you feel like the description is a bit vague, some Redditors, who spotted images of the new product online a few months ago, shared some theories about the new drink’s flavor. According to one Reddit user, Coca-Cola Starlight probably tastes like raspberry, because “a quick Google search says that space tastes like raspberries.” Also, according to a 2009 Guardian article, astronomers think the center of the galaxy may taste like raspberries and smell like rum, so it won’t be totally random if Coca-Cola Starlight ended up being raspberry-flavored. 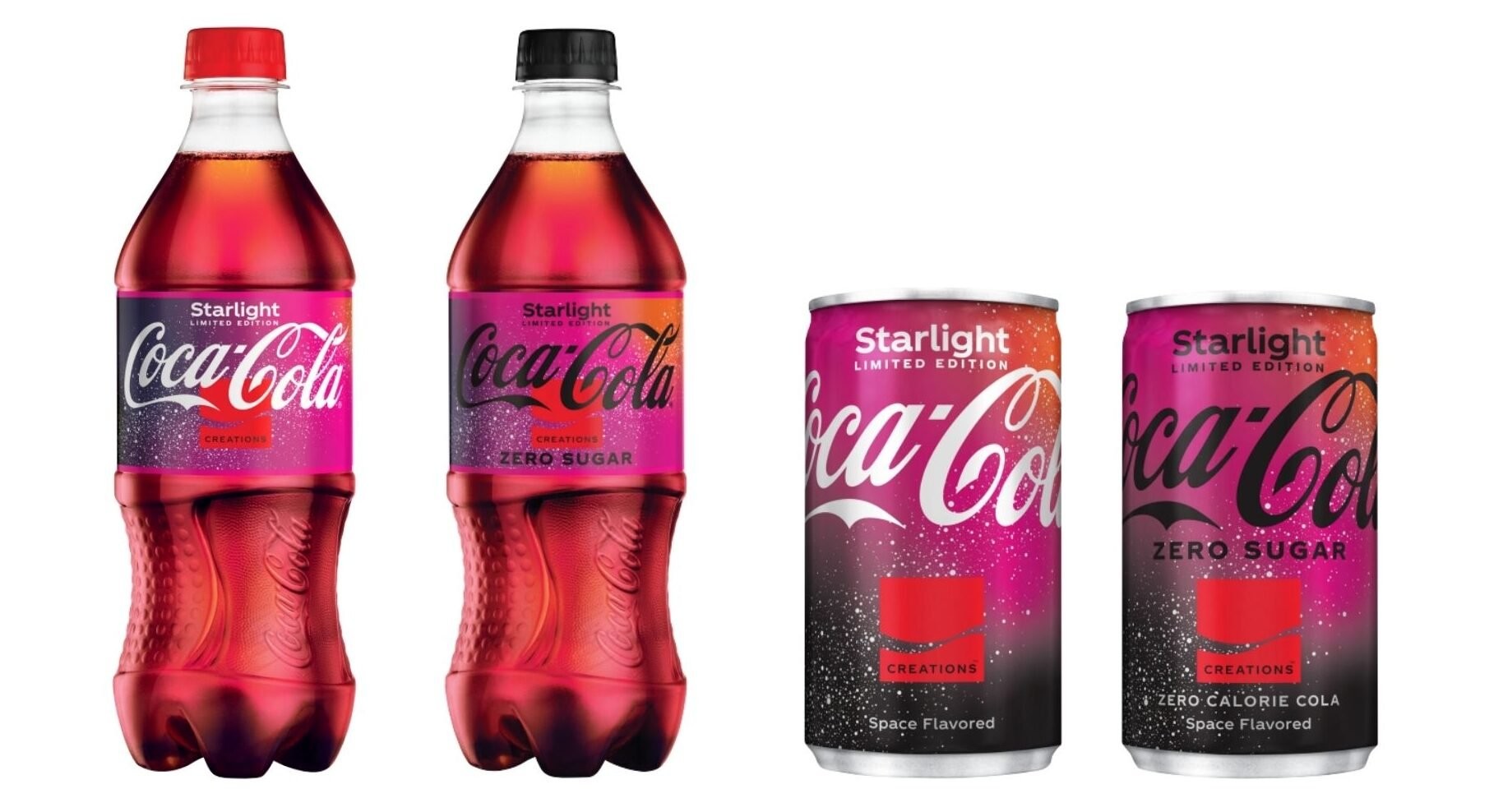 Coca-Cola Starlight will be available for a limited time beginning February 21st across North America. It will also come out in select countries globally in the coming months, but in zero-sugar only.

How will Coca-Cola Starlight be promoted?

Aside from Coca-Cola Starlight’s striking packaging design that features a multi-dimensional, light-filled star field, the new Coke flavor will also be supported by a digital-first marketing campaign, including a partnership with global pop star Ava Max, who is the star of an out-of-this-world augmented reality “Concert on a Coca-Cola” experience that can be accessed via www.cocacola.com/creations and by scanning a Coca-Cola Starlight can or bottle.

“Coca-Cola Starlight takes people on a journey in the same way that music has the ability to transport listeners to new worlds with each song,” said Max in the press release. “It’s been exciting to collaborate with Coca-Cola on this project. We wanted to create an other-worldly experience – through technology. I hope people enjoy this rendition of Kings & Queens, as well as the other tracks to come.”

Coca-Cola Starlight will also be honored in various partnerships and collaborations with leading designers, including world-renowned streetwear brand Staple, as well as social filters on Instagram.