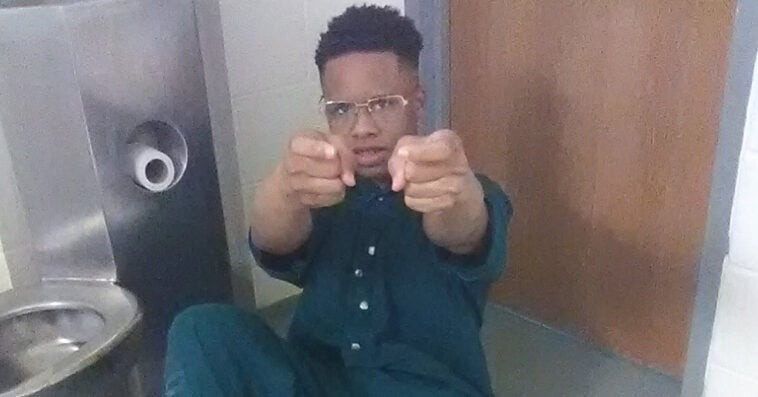 Tay-K, whose real name is Taymor Travon McIntyre, is an American rapper best known for his 2017 hit song, The Race. His rise to fame was quite unique, as most of his popular songs were released while he was on the run from the police or in the custody of the authorities. Though he remains behind bars for various crimes, he continues to make money through the songs he recorded prior to his imprisonment. Wondering how much money he makes? Read on to find out what Tay-K net worth is and how he made a name for himself in the music industry while facing several legal issues.

What is Tay-K net worth?

Tay-K net worth is estimated at $250,000 as of 2022. The majority of Tay-K net worth comes from his earnings as a rapper. These include the money he got from record deals, album sales, royalties from different music streaming platforms, and live performances when he was still free and just starting out. As of writing, Tay-K has 3.64 million monthly listeners on Spotify.

Tay-K began his rap career in 2014 as part of the rap group, Daytona Boyz, alongside rappers Pimpyz and Santana Sage. Though the group released a number of songs, including their first track, Drift, they barely got attention in the local rap scene.

Things got a little promising for Tay-K when he started to release solo songs in 2015. For instance, his song Sly Cooper, which was released in September of that year, garnered local attention within the Arlington, Texas rap scene.

However, his music career came to an abrupt stop when he was arrested, along with six other people, on capital murder charges in July 2016. Fast forward to January 2017, Tay-K was placed under house arrest while awaiting certification hearings, but a few days before the hearings were held, Tay-K and another suspect cut off their ankle monitors and fled to San Antonio, Texas. He then made his way to Elizabeth, New Jersey where he recorded his abovementioned song The Race, which is basically about his run from the police and his legal troubles.

The Race was released on June 30th, 2017 – the same date Tay-K was captured by the police. The song debuted at number 70 on the US Billboard Hot 100 after the #FREETAYK campaign calling for Tay-K’s release from jail went viral on social media. Because of the track’s success, The Race has been remixed by numerous artists including Tyga, Lil Yachty, YBN Nahmir, Fetty Wap, and Rico Nasty, among many others.

In December 2017, Tay-K’s debut mixtape Santana World was re-released by 88 Classic and RCA Records, which includes an updated remix of The Race featuring vocals from rappers 21 Savage and Young Nudy. The following month, The Race was certified platinum by the RIAA.

While earnings from record deals make up a huge portion of Tay-K net worth, the latter is also boosted by the money he gets from his own YouTube channel, where her songs and music videos are available to stream. His YouTube channel currently has more than 50,900 followers.

Though he has a relatively big following on social media (194,000 followers on Facebook, 1.5 million followers on Instagram, and 153,900 followers on Twitter), Tay-K doesn’t earn money from them as he has been in jail for several years now.

In 2017, Tay-K was arrested, along with six other people, on capital murder charges related to a home invasion in Mansfield, Texas, which ended the life of Ethan Walker. Megan Holt and Ariana Bharrat conspired with Tay-K and some of their other friends to rob Zachary Beloate. Holt and Bharrat seduced Beloate and then let McIntyre enter the house, armed with guns, to steal drugs and money. One of the women unlocked the door and the gunmen proceeded to rob Beloate and his friend Walker, which led to a fatal confrontation and the death of Walker. Tay-K admitted his role in the botched robbery, telling detectives that he searched for drugs in the house.

As previously mentioned, Tay-K fled to San Antonio, Texas a few days before the start of the hearing of the case. And while on the run, Tay-K allegedly shot and killed Mark Anthony Saldivar while participating in a robbery outside of a Chick-fil-A in April 2017.

In July 2019, Tay-K was found guilty of murder for his involvement in the 2016 home invasion and robbery that left Walker dead and was sentenced to 55 years in prison. In November 2019, Tay-K was indicted on a second murder charge for allegedly shooting Saldivar. It is believed that Tay-K is currently imprisoned in Bexar County Jail while awaiting trial in the Saldivar murder case.

Tay-K’s father is Kevin Beverly, while his mother’s name is not public knowledge.

Kevin, a member of the Long Beach street gang, Baby Insane Crip Gang, was imprisoned during Tay-K’s youth. When he was eight years old, Tay-K moved to Las Vegas, Nevada with his mom and sister. But when Kevin was finally released from prison, he moved his family to Arlington, Texas, where Tay-K attended Martin High School, but dropped out in the ninth grade.

Want to know the net worth of other rappers? Click the links to find out how much Sauce Walka, The Kid Laroi, Bre-Z, Ryan Upchurch, Mulatto, and OhGeesy make.