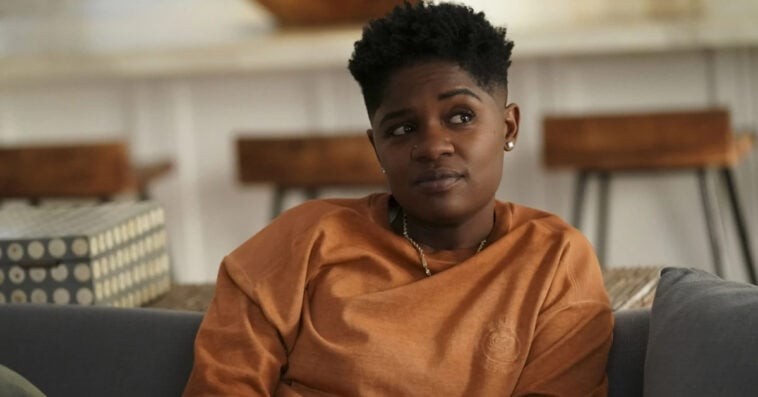 Bre-Z is an American actress best known for her roles on Fox’s Empire and The CW’s All American. But unbeknown to many, Bre-Z is also a rapper and a songwriter. So how much does a celebrity with promising careers in both music and acting like her make? Continue reading below to find out how much Bre-Z net worth is and discover her inspiring story before she started to make a name for herself.

What is Bre-Z net worth?

Bre-Z reportedly has an estimated net worth of $4 million, as of August 2022. That’s a $2 million increase from her $2 million net worth in 2021, according to Ventured.com. Below is a rundown of how she managed to double her earnings in just a short span of time.

The majority of Bre-Z net worth comes from her earnings as an actress, more specifically for playing Tamia “Coop” Cooper in All American. Bre-Z, who has been a series regular in the sports drama since its 2018 launch, is returning for the show’s season 5, which is set to premiere in October 2022.

Bre-Z also made some bucks for her portrayal of Freda Gatz in Empire. She made her debut appearance in the musical drama in 2015 during the show’s sophomore run. From being a recurring cast member, she was promoted to a series regular for the show’s third season. Though she didn’t appear in the fourth and fifth seasons of the series, she guest-starred in an episode of the show’s final season.

Bre-Z will be next seen in the dramedy series Ramble On starring Charlie Sheen.

Bre-Z started her music career at age 14 with impromptu performances around Philadelphia. She would perform the songs written by his brother, who used to rap, until she had written her own tracks.

Bre-Z recorded her first song with the help of Freeway of Roc-A-Fella Records rap group State Property, who she met when she was 15. At the age of 24, she moved to Los Angeles to pursue her music. Shortly thereafter, Bre-Z started writing songs with Dr. Dre, Jennifer Lopez, and The Game.

In 2018, Bre-Z released an extended play, The Grl., on her independent label. Her most recent album, Full Circle, meanwhile, was dropped in 2020.

Moreover, aside from playing Freda in Empire, she also recorded a number of songs for the show’s soundtrack, sometimes performing her own raps, during her entire stint in the series.

In August 2022, Bre-Z took to Instagram to flex her newest song with Gizzle. Titled One Shot, the track is part of the official soundtrack for EA Sports’ Madden NFL 23.

Bre-Z as a barber

Though it seems that Bre-Z no longer works as a barber, it’s actually one of her first jobs. According to multiple reports, Bre-Z began cutting hair to make money at the age of 10. This shouldn’t come as a surprise, as she comes from a family of barbers, with her grandfather, father, and mother all working as one.

Bre-Z began working as a professional hairdresser at the age of 21. Some of her celebrity clients included Akon and Ludacris.

Bre-Z as an entrepreneur

Bre-Z also makes money from its own line of merchandise called GRLY. The clothing collection includes caps ($35), hoodies ($90), and sweatpants ($80).

How old is Bre-Z?

Bre-Z was born on July 22nd, 1987, which makes her 35 years old as of August 2022. She was born in Philadelphia, Pennsylvania, but was raised in Wilmington, Delaware.

What is Bre-Z’s real name?

Bre-Z’s real name is Calesha Murray. She got the nickname “Bre-Z” when her grandmother started calling her “breezy” when she was still a baby, as she would not stop crying until a window was shut. It wasn’t until she started elementary school that she found out that it wasn’t her real name.

Bre-Z was born to parents David Mayfield and Carla Mayfield. As mentioned above, David worked as a barber, while Carla worked in the entertainment industry.

Bre-Z is not yet married. But she proposed to her girlfriend Chris Amor in front of friends and family in March 2021.

Bre-Z has yet to publicly label her sexuality, but in a previous interview with Nylon, she said that she prefers to keep her private life and romantic interests out of the public eye. “I love everybody,” she told the magazine. “But when it gets down to whatever is underneath my clothes, whatever is inside of my home, or in my bedroom… I feel like at some point, being in the public eye, you have to keep something for yourself. And that’s just what I choose to keep for me.”

Want to know the net worth of other rappers? Click the links to find out how much Tay-K, Sauce Walka, The Kid Laroi, Ryan Upchurch, Mulatto, and OhGeesy make.