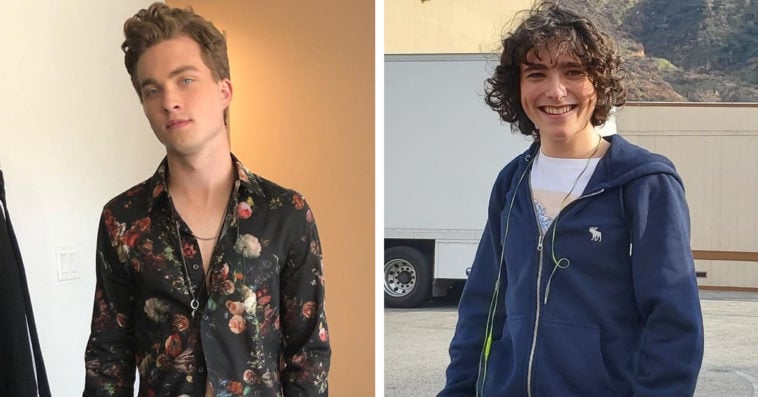 Elsass and Garfin will co-star opposite Tyler Hoechlin and Elizabeth Tulloch in The CW series as Clark Kent and Lois Lane’s teenage sons who are believed to be twins.

Elsass will play the role of Jonathan, who is described as a “clean-cut, modest and kind-hearted kid with an aw-shucks attitude that somehow doesn’t seem dated.” Garfin, meanwhile, will portray Jordan, a “wildly intelligent” youngster who has “mercurial temperament and social anxiety” that limit his interactions with people. Unlike Elsass, Jordan prefers to spend most of his free time alone, playing video games.

This season’s five-part Crisis on Infinite Earths crossover started with Clark and Lois as a family of three with the addition of their baby boy, Jonathan. In the third installment of the TV event, the couple and their infant were wiped out by the Anti-Monitor (LaMonica Garrett), but when the universe was reset, the pair suddenly found themselves with two teenage sons.

Written by former The Flash showrunner Todd Helbing and based on the DC characters created by Jerry Siegel and Joe Shuster, Superman & Lois will follow Superman and his journalist wife Lois as they deal with all the stress, pressures and complexities that come with being working parents in today’s society. Helbing executive produces the series with Greg Berlanti and Sarah Schechter via Berlanti Productions and Geoff Johns.

In addition to Superman & Lois, Elsass can also be seen next in Hulu’s miniseries Little Fires Everywhere that stars Reese Witherspoon and Kerry Washington. Elsass will play Witherspoon’s eldest son and the love interest to Washington’s daughter, portrayed by Lexi Underwood.

Garlin, meanwhile, is best known for voicing Linus in 2015’s The Peanuts Movie, which earned him an Annie Award nomination. He has also guest-starred in two episodes of NBC’s Law & Order: SVU.