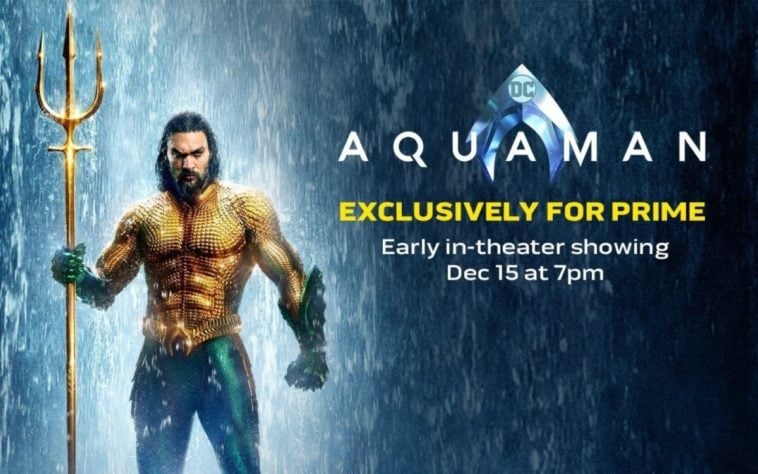 Amazon announced today that Prime members will have access to DC’s Aquaman nearly one week before it’s officially released.

In an exclusive deal with Warner, Amazon says Prime subscribers can purchase up to 10 tickets for a showing that’s set for 7 pm on December 15th. According to Amazon, some 1,000 theaters will participate nationwide, including branches owned by AMC, ArcLight, National Amusement, and Regal.

Interestingly, at a time when Netflix is at a standoff with the industry, Amazon continues to build partnerships. What’s more, this is not the first time, the company has granted its subscribers early access to blockbuster screenings. In 2017, Prime members were able to see Jumanji and Hotel Transylvania 3 before the general public.

And although December 15th is early for US filmgoers, it’s still much later than the official European release set for December 7th. But we’re sure diehard DC fans won’t mind too much.