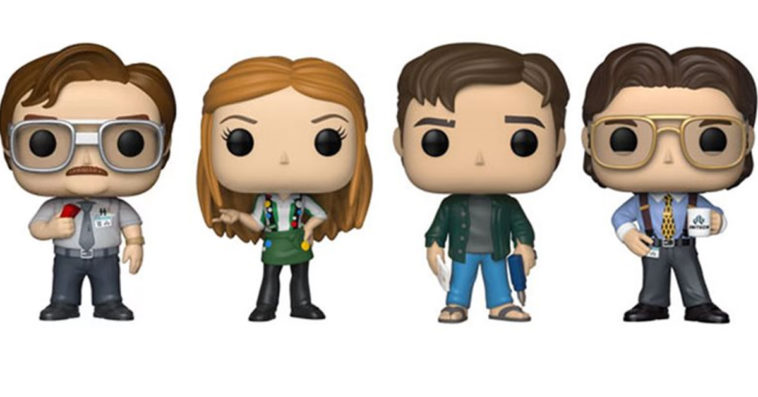 This year’s 20th anniversary of the classic cult film Office Space has become extra special with the recent release of the comedy movie’s own line of Funko Pop.

Here’s the official description for the first wave of Office Space Funko Pops: “If you enjoy working on the weekends, wearing as much flair as possible and losing your stapler, the Office Space Pop! are not for you. Peter Gibbons really doesn’t want to go to work over the weekend but Bill Lumbergh is going to do his best to make it happen anyway. Milton Waddams is still looking for his stapler. Joanna has had it with talking about flair. Collect them all to help get past the 9 to 5 grind.”

These Office Space Funko Pops are now available for pre-order on Entertainment Earth for $10.99 each. Shipment is expected to begin this March.

Released on February 19th, 1999, Office Space satirizes the everyday work life of a handful of individuals who are fed up with their jobs at a typical mid-to-late-1990s software company. Also starring David Herman, Ajay Naidu, and Diedrich Bader, this Mike Judge-directed flick was a box office disappointment, only making $12.2 million against a $10 million production budget. Despite being a box office bomb, Office Space was well received by critics, sold well on home video, and garnered a cult following.