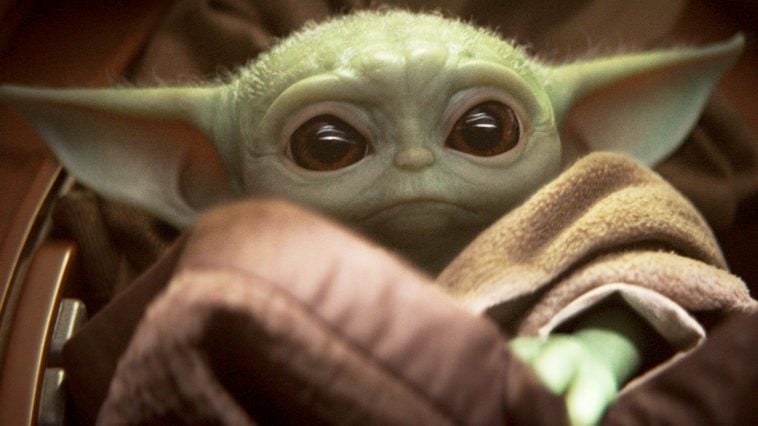 Build-A-Bear has long been known for its collaborations with different brands and franchises. They’ve featured characters from Pokemon, DC Comics, Spongebob, and a whole lot of Disney characters. They’ve also featured some Star Wars characters such as Porgs and even D-O from the most recent Star Wars movie so it’s no surprise that the company has now set their sights on the ever-popular, Baby Yoda.

Baby Yoda, who isn’t really the baby version of Yoda, is officially called The Child and hails from the show, The Mandalorian, which exclusively streams on Disney+. The show was released in 2019 and fans instantly clamored for everything Baby Yoda related. While things like Baby Yoda-themed frappucinos came to light, what fans really wanted were Baby Yoda toys. Some brands did announce official merchandise but a lot of them aren’t to release until sometime later in 2020.

Build-A-Bear is excited to share that they will be one of the first companies to offer official Baby Yoda toys with their collaboration with Disney’s The Mandalorian. Sharon Price John, CEO of Build-A-Bear, said they instantly reached out to Disney and Lucas for a collaboration when the show was first released in November 2019.

“We will be one of the first companies to be able to provide the new digital and internet phenomenon—who is actually trending higher than all the presidential candidates combined—if any of you have seen ‘The Mandalorian’, we now will have The Child, also known as Baby Yoda.” says Sharon Price John

Build-A-Bear will offer Baby Yoda or The Child in their workshops as early as April. Other toy manufacturers such as Funko Pop, Hasbro, and The Bounty Collection also have toys for pre-order and will release later this year.