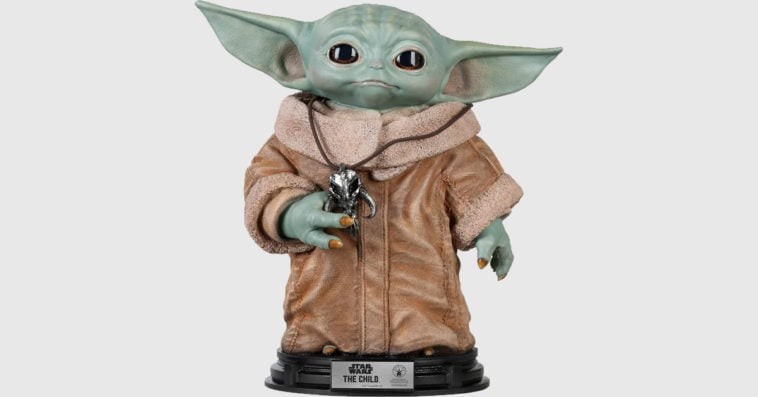 Still can’t get enough of Baby Yoda? Then expand your Star Wars collection with this life-size statue of the breakout character from the Disney+ series The Mandalorian.

Manufactured by costume company Rubie’s, this highly-detailed statue is made of hard resin and measures approximately 16 inches tall, 14 inches wide, and 5 inches long on his base. Based on the character’s signature look on the series, the statue is wearing a brown floor-length coat and a removable necklace featuring a metallic Mythosaur pendant.

Perfect to be put in a living room or office along with other Baby Yoda collectibles, this statue is currently available for pre-order on Entertainment Earth for $199.99 with shipping slated for January 2021. 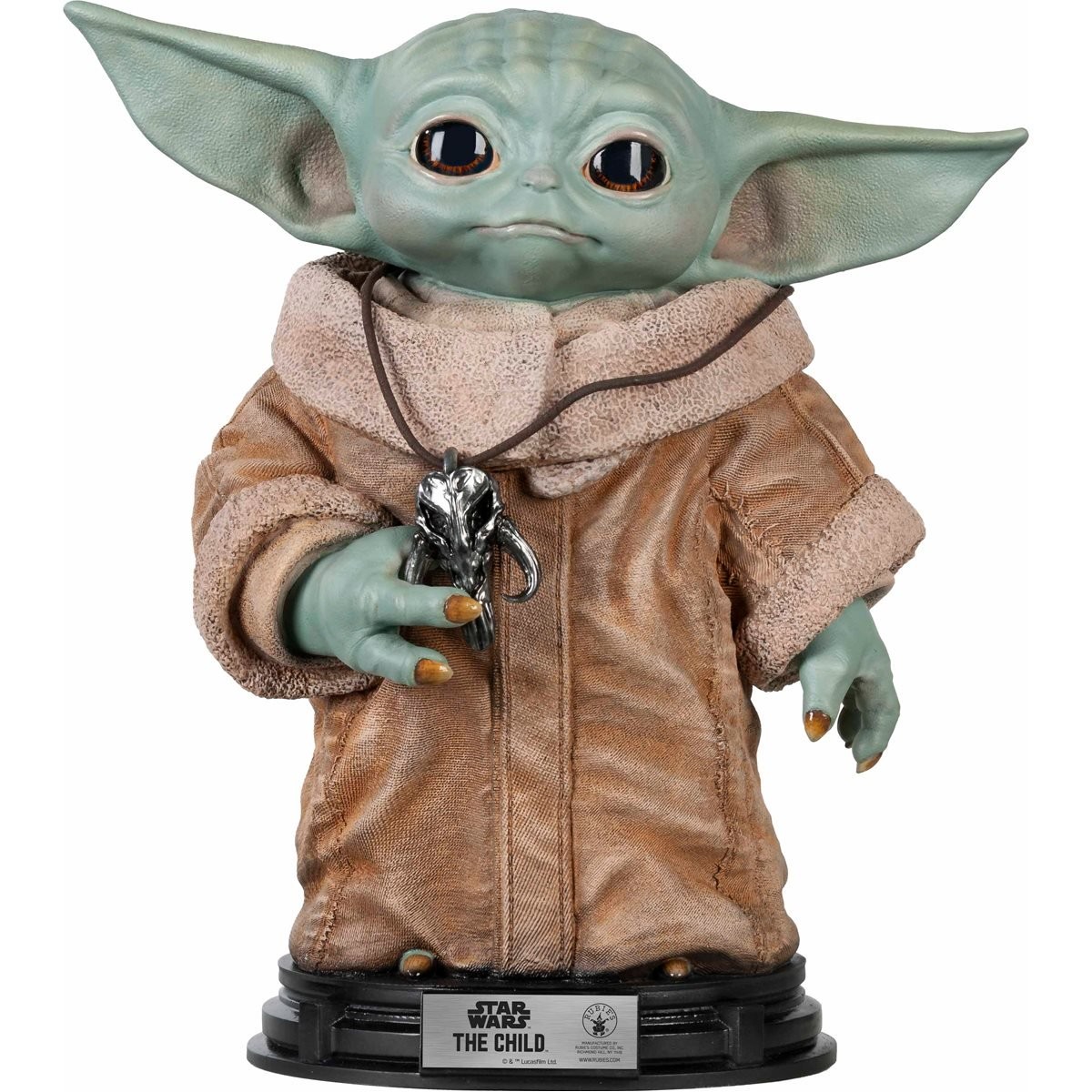 The eight-episode season 2 of The Mandalorian is set to premiere on October 30th on Disney+. The first trailer for the new season has been released on Tuesday, and it appears that the titular bounty hunter Din Djarin (Pedro Pascal) is on a road trip with Baby Yoda to find his home planet. While nothing much is revealed in the trailer plot-wise, the two-minute clip features a mysterious woman in a hood appearing before Djarin and Baby Yoda, before quickly disappearing. Also featured in the trailer are returning characters Greef Karga (Carl Weathers) and Cara Dune (Gina Carano).

Though not seen in the trailer, Giancarlo Esposito is confirmed to reprise his role as Moff Gideon in the new season, which will also see appearances by Rosario Dawson as Clone Wars character Ahsoka Tano, Temuera Morrison as Boba Fett, and Timothy Olyphant in some form or fashion.