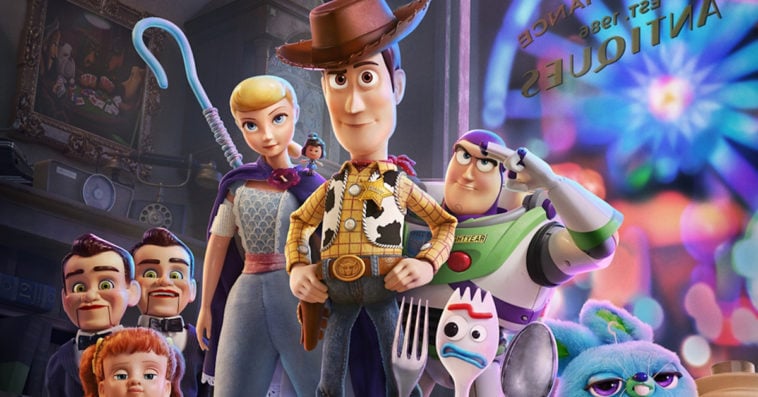 Toy Story 4 crossed the $1 billion mark at the global box office on Wednesday, making the animated Pixar film the fifth billion-dollar release for Disney this year. The achievement also made the film studio the record holder for the most billion-dollar movies in a single year.

Released last June, Toy Story 4 has grossed $421.8 million domestically and $579.9 million internationally for a worldwide tally of $1.002 billion. The film, which stars the vocal work of Tom Hanks and Tim Allen as beloved toy characters Woody and Buzz Lightyear, is now the eighth highest-grossing animated movie of all time. It is also the fourth Pixar film to reach $1 billion at the global box office, joining the Incredibles 2 ($1.24 billion), Toy Story 3 (1.06 billion), and Finding Dory ($1.02 billion).

Meanwhile, the four other Disney films that have passed the billion-dollar benchmark at the global box office this year are Avengers: Endgame ($2.79 billion), The Lion King ($1.34 billion), Captain Marvel ($1.12 billion), and Aladdin ($1.03 billion).

Outside of Disney, the only other movie to make $1 billion globally this year was Spider-Man: Far From Home ($1.09 billion), which is a Sony film but is co-produced with Disney’s Marvel Studios.

Disney has a strong slate of films for the remainder of 2019, so it’s likely that Toy Story 4 won’t be the studio’s last movie to cross the billion-dollar mark at the global box office this year.

“It’s hard to call it surprising at this point because we’ve long expected this to be the crowning year of Disney’s theatrical buildup, but that doesn’t make it any less impressive,” Shawn Robbins, chief analyst at BoxOffice.com, told CNBC. “When all’s said and done, counting ‘Rise of Skywalker’ and ‘Frozen II,’ they’ll probably have seven films from 2019 reach that milestone.”

Disney announced last month that it has made an industry record of $7.67 billion at the global box office so far, surpassing their own record of $7.61 billion in 2016. And since it’s only August, the studio will definitely rake in more money at the box office during the last quarter of the year.