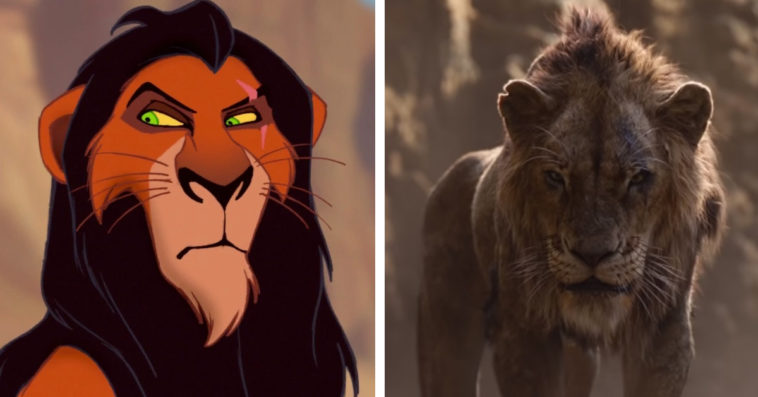 Disney has dropped its first official trailer for this year’s remake of the animated classic The Lion King. While the clip features a lot of characters from the movie, it is Scar (Chiwetel Ejiofor) who takes the spotlight this time around.

The video starts with a voiceover from Scar that reflects his bitterness towards his brother Mufasa (James Earl Jones) and his nephew Simba (Donald Glover). “Life’s not fair … While some are born to feast, others spend their lives in the dark begging for scraps,” says Scar, who was next in line to assume the throne as King of the Pride Lands until Simba was born.

Though Scar’s spitefulness is something that fans were expecting, the villain’s different look in the upcoming movie is what surprised them. In the original movie, Scar has a dark orange fur, luscious black mane, and a perfectly placed scratch over his left eye. While Scar still has the namesake wound mark on his face in the new film, his fur is now light gold and her mane is way scantier compared to the original.

As pointed out by Screen Rant, the change in Scar’s look makes sense. Since he and Mufasa are brothers, it would be more realistic if the two share a similar color. After all, it doesn’t look like the redesign has lost much of the character as the new version still embodies the original’s envious and power-hungry nature.

In fact, Scar’s wicked plan to get rid of Mufasa and Simba so he could rule the Pride Lands as the king is teased in the trailer, giving fans a glimpse to the remake’s version of the wildebeest stampede sequence that eventually led to the heartbreaking death of Mufasa. The trailer also shows a part of the memorable scene between Scar and Simba, in which the former advises the latter to leave the kingdom and never return.

Directed by Jon Favreau, The Lion King opens in theaters on July 19th.