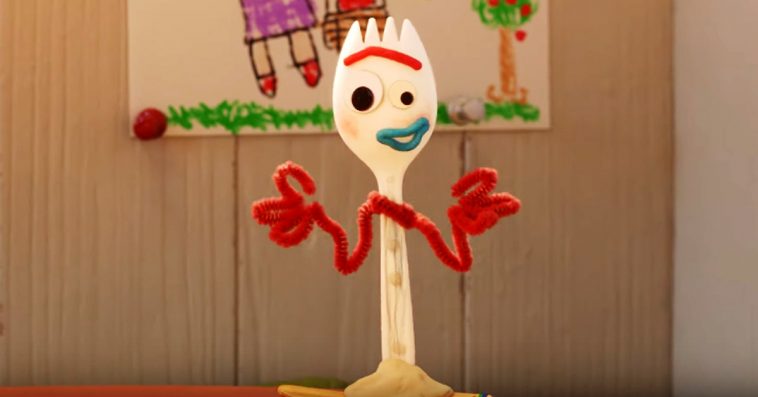 The trailer for the Toy Story spin-off Forky Asks a Question has finally arrived, and by the looks of it, the short film series could easily become an early Disney+ favorite.

According to the trailer, Forky Asks a Question is comprised of “10 short films that answer 10 timeless questions.” As the title of the shorts indicates, those queries are from Forky, the inquisitive spork that first appeared in last summer’s box-office hit Toy Story 4.

The 50-second clip shows Forky (Tony Hale) bothering some of Bonnie’s toys with a variety of questions about life, including “What is cheese?”, “What is a friend?”, “What is art?”, and “What is time?” Though surprised by how random Forky’s questions are, his fellow toys appear to try their best in answering his queries, although there seems to be some time when the makeshift toy ends up being more confused than he was before.

Part of Disney+’s initial slate of original content, all 10 installments of Forky Asks a Question will be available to stream on the new platform starting November 12th. But fans who want to see some of the shorts earlier can do so by attending the Vulture Festival on November 10th, where Hale and Toy Story 4 animator Claudio de Oliveira will be screening two of the shorts ahead of their Disney+ premiere.