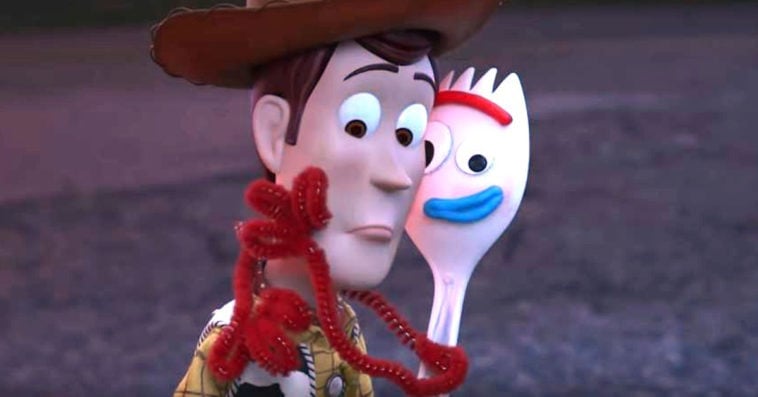 Woody and the gang welcome a new toy to their group in the newly released trailer for Toy Story 4.

The video starts with Woody (Tom Hanks) informing his fellow toys that their new owner Bonnie has made a new friend at school. The toys are happy to hear the good news but their excitement fades when Woody reveals that Bonnie’s new friend, Forky (Tony Hale), is actually a makeshift toy that she assembled herself in class.

Forky’s head and body is a spork, his feet are a popsicle stick cut into two, and his arms are made of a pipe cleaner. As for his face, Forky’s got a pair of differently sized googly eyes, and a mouth and a single eyebrow made from clay.

Despite Forky’s unusual look, the whole gang gives him a warm welcome. But Forky is suffering from some sort of existential crisis. “I am not a toy. I was made for soup, salad, maybe chili, and then the trash,” Forky tells Woody before jumping out of the rear window of Bonnie’s family camper van.

Because Woody knows that Forky is the most important toy to Bonnie right now, the pullstring cowboy doll also jumps out of the car to convince Forky to get back to Bonnie. But as Woody tries to make Forky understand his new life as a toy, the former gets reunited with Bo Peep (Annie Potts), who now lives in what appears to be an amusement park where she gets to give joy to hundreds of different kids every day. 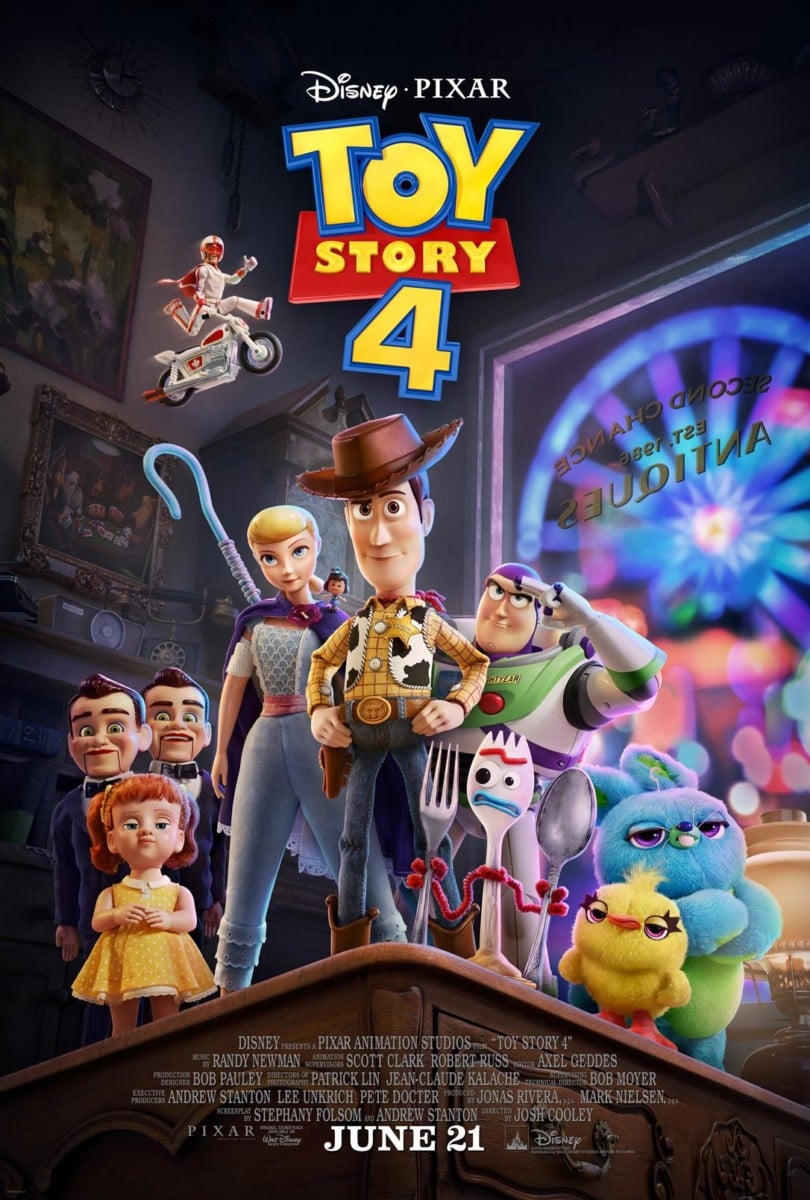 As Buzz Lightyear (Tim Allen), Jessie (Joan Cusack), Rex (Wallace Shawn) and the rest of Bonnie’s toys figure out a way to find Woody and Forky, Bo Peep is seemingly trying to make Woody stay with her in the amusement park. “There’s plenty of kids [here]. Sometimes change can be good,” Bo Peep tells Woody, before reminding him the fact that “kids lose their toys every day.”

At the end of the trailer, Woody is clearly at crossroads. Feeling Woody’s dilemma, Forky tries to lift his spirits up by telling him that “Everything’s gonna be ok.”