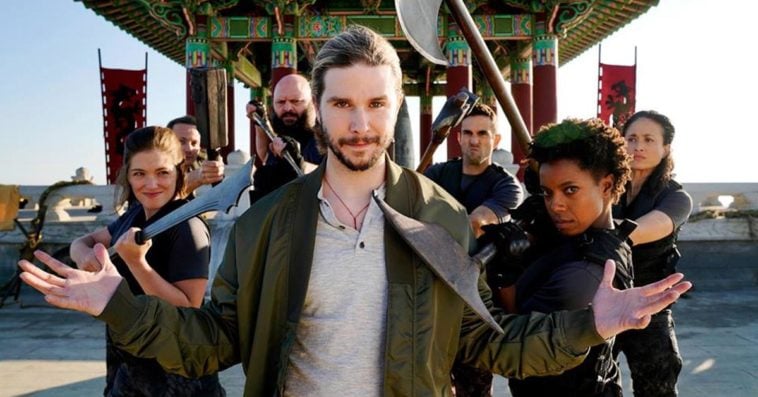 Have you ever wondered if Fatalities in Mortal Kombat are something that can be done in real life? Well, you’ll finally get the answer to that question when the new web series The Science of Mortal Kombat premieres next week.

A collaboration between Nerdist’s Because Science and Warner Bros. Interactive Entertainment, The Science of Mortal Kombat is a six-episode series presented by Nerdist science editor Kyle Hill.

With the help of special guests UFC Heavyweight Champion Daniel Cormier and former WWE Champion CM Punk, Hill will break down the science behind the iconic Fatalities that will be featured in the upcoming Mortal Kombat 11 videogame.

Cormier and CM Punk will try to perform Scorpion’s deadly spear attack as well as some Krushing Blows on dummies stuffed with fake bones, blood, and organs to accurately recreate the gore that has hooked Mortal Kombat fans since the game was launched in 1992.

In addition to seeing your favorite Fatalities performed in real life, the series, which is Nerdist’s largest production ever, will also break down each Fatality using special super slow-motion cameras that allow for enhanced visuals and an even more detailed dissection of each brutal move. For instance, Hill, with the special participation of YouTuber and Mythbuster Allen Pan, will analyze the pressure and strength needed to break bones, the scientific analysis of a character’s superhuman abilities, and a lot more.

The series, which is packed with extreme fight re-enactments and behind-the-scenes footage, will premiere on Nerdist.com and YouTube.com/BecauseScience on February 18th, and can be watched on Nerdist and Because Science channels any time after each Monday airing.

Meanwhile, Mortal Kombat 11 is set to be released worldwide on April 23rd for Microsoft Windows, Nintendo Switch, PlayStation 4, and Xbox One.