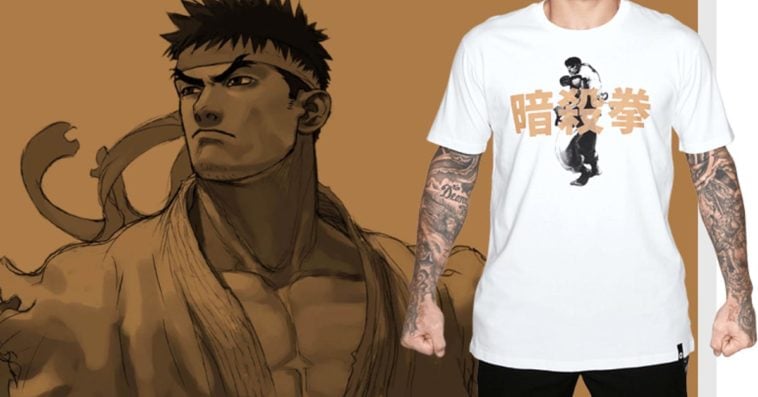 Fitness lifestyle company Onnit has teamed up with Capcom for the second time for a new collection of t-shirts inspired by the popular video game franchise Street Fighter.

Roughly two years after the release of its first line of Street Fighter apparel in 2016, Onnit launched its latest Street Fighter collection on December 13th — a day before the start of this year’s highly anticipated fighting game tournament Capcom Cup.

Dubbed as Onnit x Street Fighter: Round 2, the selection is comprised of 12 t-shirts that feature different characters from the Street Fighter universe along with the name of the martial arts they practice.

For example, the Ken T-Shirt has a screen-printed image of the character which serves as the background for the Japanese word for Ansatsuken — the martial arts used by Ken in the video game.

The Sagat T-Shirt, meanwhile, features the Thai word for Muay Thai, as the said character is rumored to based off of, Sagat Petchyindee, one of the greatest Muay Thai artists of all time.

Along with its daring character design on the front, each t-shirt also includes a loop label on its left side which bears the video game’s famous slogan “Here comes a new challenger.” There’s also a screen-printed design of an Onnit-branded arcade machine on the back of each t-shirt.  Available in various sizes, each t-shirt sells for $35.