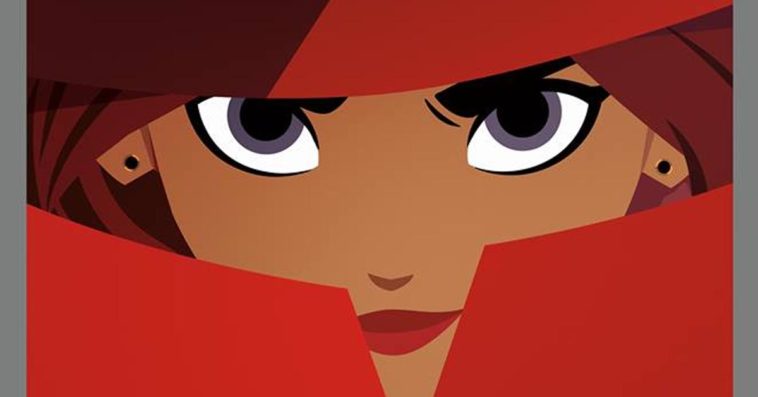 The reboot of the classic animated series Carmen Sandiego will be available on Netflix starting next month.

Featuring the voice of Jane the Virgin’s Gina Rodriguez in the titular role, Carmen Sandiego is set to premiere on Friday, January 18th, 2019 on the streaming giant.

Produced by publisher Houghton Mifflin Harcourt and media company DHX Media, the 20-episode first season of the show will present a serialized look at Carmen’s backstory that is told from her perspective.

According to the show’s synopsis, Carmen is a modern-day Robin Hood who travels the world while stealing from V.I.L.E. and giving back to its victims. Due to the sheer scale and theatricality of her heists, Carmen is considered a master criminal by most law enforcement agencies.

Aside from Rodriguez, the show will also feature the voice of Stranger Things’ Finn Wolfhard who will lend his pipes to Player, Carmen’s chief accomplice and friend.

Carmen Sandiego made her first appearance in the 1980s computer game franchise Where in the World Is Carmen Sandiego? The character then went on to star on two PBS game shows World and Time from 1991 to 1997, and on Fox’s animated series Earth from 1994 to 1999.