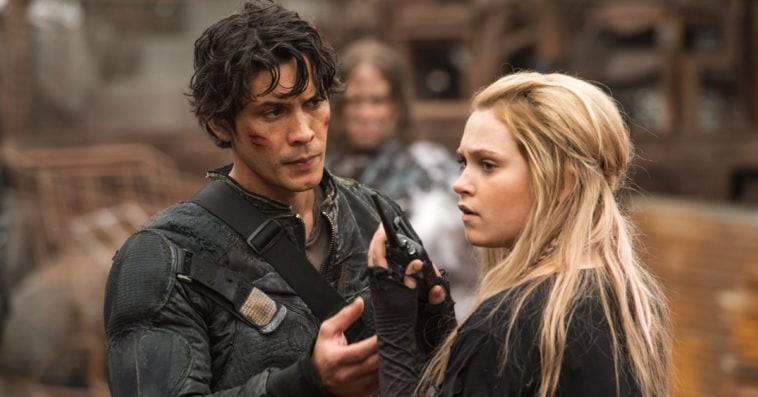 Eliza Taylor has finally revealed how she and husband Bob Morley fell in love with each other.

Taylor and Morley, best known for their roles as Clarke Griffin and Bellamy Blake on The CW’s The 100, made headlines in June 2019 when they announced that they had gotten married. The news came as a surprise to many, as the two didn’t take their relationship public until the wedding announcement. Though Taylor and Morley have become more open about their relationship since then, details about their love story remain scarce. That’s why fans of the couple were delightfully shocked when Taylor casually took to Instagram earlier this week to share how she and Morley started dating and eventually realized that they’re meant for each other.

Taylor, 30, and Morley, 35 had been friends since they started working on The 100 back in 2013. Their friendship, however, didn’t turn into a romance until 2019. Taylor wrote that she felt like her platonic relationship with Morley was “evolving” into something more in February of that year when “they bonded over the hurt of breaking up” with their respective exes and “talked about the daunting process of being single again.” The actress said that they “laughed and cried” together at that time “as friends do.”

Their relationship, however, completely “changed” the following month when Morley visited Taylor and her friend in their new apartment in Vancouver. “He came over to help set up our new place when out of the blue — he asked me out on a date,” Taylor wrote. “It seemed silly as we’d been friends for so long, in fact, I thought he was joking! But I laughed and said yes.” The actress called the date a “success,” noting that it was the first time they were “truly seeing each other.”

When they flew back to their home country of Australia in April of the same year, Taylor and Morley discovered that they share the same dreams, and those brought them even closer to one another. “While sitting on the porch of his sister’s house while looking out over the farm we talked about the future, what we wanted our lives to be,” Taylor wrote. “We wanted all the same things. To live in the countryside, to have kids, to still pursue our dreams in LA while having a strong home base in Australia. And just as easily as that conversation came, so did the proposal. We said, ‘We want this life, we want it together, so let’s not waste any more time and get married.’”

The following month, the couple tied the knot on a mountain top in Hawaii. And though things between them happened so fast, Taylor made it clear that they were not trying to break the internet or trying to hurt their ex-partners. “We were in love. Plain and simple,” she explained.

After the wedding, the husband and wife bought a house and a farm in Australia, which she called as their “forever home.”

Taylor’s Instagram post came two weeks after Morley’s ex-girlfriend Arryn Zech claimed that the actor cheated on her. Though Zech didn’t name the woman that caused her split from Morley, several news outlets identified her as Taylor. Zech claimed that she caught them having an affair on surveillance cameras after Morley forgot to turn them off.

Neither Taylor nor Morley directly responded to Zech’s accusations, but in Taylor’s latest Instagram post, she said that that she and Morley are “happily married in the PRESENT” regardless of the “toxic relationships” they have endured in the past. “[The present] is where we live and it is wonderful,” wrote the actress.

Hey world, we won’t be doing our live tomorrow as we’ve taken some time off social media but I wanted to share this with you. I want to preface this by saying negativity is not welcome here. Regardless of the toxic relationships we have endured in the past, we are happily married in the PRESENT. That is where we live and it is wonderful. Also – Cyber bullying is not fucking okay. I wouldn’t wish it on anyone. Just because you are hiding behind a keyboard doesn’t mean you can’t push someone to their absolute limit. It has hurt my friends and family deeply. Please be kind to one another out there and have compassion. There is already enough hate in the world.

The seventh and final season of The 100 airs Wednesdays at 8 p.m. ET on The CW.

Yes. Taylor and Morley are still married. The two tied the knot in May 2019 and made their marriage public the following month.

Did Eliza and Bob have a baby?

“Our journey to pregnancy was not always smooth sailing but we are elated to announce our little bundle is officially on the way,” Taylor wrote.

Meanwhile, Morley captioned his own post: “Gearing up for the greatest roles ever. Big little shoes to fill and we cannot wait!”

Taylor announced the birth of their child, a boy named Henry, on March 19th, 2022.

Henry’s birth came three years after Taylor suffered a miscarriage. Taylor and Morley opened up about the unfortunate incident for the first time while speaking at a convention in Vancouver in February 2020. At the time, the couple shared that they lost a baby while filming The 100 in 2019, and Morley said he got a tattoo to remember their unborn child, according to Australia’s Who magazine.

What is Eliza Taylor doing now?

Almost two years after the series finale of The 100, Taylor returned to TV in July 2022 as a guest star on Hulu’s The Orville. The actress appeared as Doctor Villka in season 3, episode 7 of the sci-fi series. Taylor will be next seen in the comedy film It Only Takes a Night and in the sci-fi flick I’ll Be Watching. Both movies don’t have a release date yet.

What is Bob Morley doing now?

After his The 100 stint, Morley appeared in an episode of ABC’s The Rookie and starred in the Australian drama miniseries Love Me in 2021. He is set to star opposite Taylor in the sci-fi movie I’ll Be Watching.