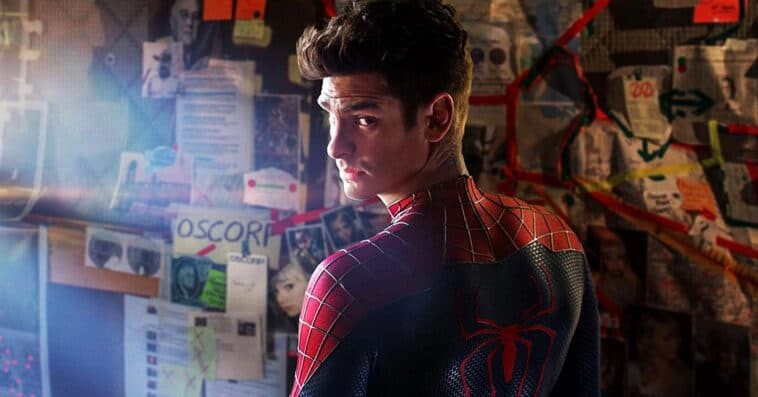 Before Tom Holland made his debut as the Marvel Cinematic Universe (MCU) Spider-Man, the friendly neighborhood web-slinger was played by Andrew Garfield in Marc Webb’s The Amazing Spider-Man film series, which is a reboot of Sam Raimi’s ­Spider-Man trilogy, starring Tobey Maguire.

Both Holland and Maguire starred in three standalone Spider-Man movies, and while Garfield was supposed to reprise his role in a third and fourth The Amazing Spider-Man films, the entire franchise was effectively canceled after Sony Pictures and Marvel Studios reached a deal in 2015 allowing Spider-Man to join the MCU. Though The Amazing Spider-Man 3 didn’t materialize, plans for the project were actually promising.

Supposedly set to be released on June 10th, 2016, The Amazing Spider-Man 3 was to be directed by Marc Webb from a screenplay by Alex Kurtzman, Roberto Orci, and Jeff Pinkner. The movie would have focused on Peter Parker (Garfield) recovering from Gwen Stacy’s (Emma Stone) death and would have featured the return of Norman Osborn (Chris Cooper). Though Norman seemingly died from a genetic disease, a deleted post-credits scene from The Amazing Spider-Man 2 revealed that Oscorp Industries was keeping his head on ice.

As seen in yet another deleted scene from The Amazing Spider-Man 2, The Amazing Spider-Man 3 would have also brought back Richard Parker (Campbell Scott), Peter’s scientist father, back from the dead. Denis Leary, who played Gwen’s dad, Captain George Stacy, in the franchise, said that the supposed third film was about resurrecting those who had died.

“Part of the discussion was that possibly in 3, there was this idea, at one point, Spider-Man would be able to take this formula and regenerate the people in his life that had died,” Leary revealed to IGN back in 2015. “So there was this discussion that Captain Stacy would come back even bigger in episode 3.”

In 2017, two years after Sony Picture rebooted Spider-Man with Marvel Studios, Webb revealed that The Amazing Spider-Man 3 was supposed to cross over with the planned two-part Sinister Six spinoff movies with Cooper back as the new Green Goblin.

“We were going to freeze his head, and then he was going to be brought back to life. And then there was that character called The Gentleman,” Webb shared with Den of Geek at the time. “We had some notions about how to do it, but I think maybe we were thinking too far ahead when we started building in those things.”

Webb went on to confirm that Norman “was going to be the main villain,” taking over the mantle of Green Goblin from his mutated son Harry Osborn (Dane DeHaan). “He was going to come out and lead the Sinister Six,” said Webb, before noting that the supposed The Amazing Spider-Man 3 would have also mentioned some details about the supervillain Vulture.

Interestingly, a number of these plans transpired in the MCU. For instance, Holland’s Spider-Man came face to face with the Vulture (Michael Keaton) in 2017’s Spider-Man: Homecoming and the Green Goblin (Spider-Man’s Willem Dafoe) returned to the big screen in this year’s Spider-Man: No Way Home, where the Lizard (Rhys Ifans) and Electro (Jamie Foxx) from The Amazing Spider-Man universe also made appearances.

Though Sony Pictures failed to continue the Spider-Man Universe it had initially set up with The Amazing Spider-Man 2, the studio has since launched a new one with Venom: Let There Be Carnage, which was released last October. Sony’s new Spider-Man Universe will get even bigger with the release of the upcoming spinoffs Morbius and Kraven the Hunter.

Spider-Man: No Way Home is currently showing in theaters and has already earned $600 million at the worldwide box office since it premiered last December 15th.

Haven’t watched Garfield’s debut movie as Spider-Man yet? Click here to find out where you can watch 2012’s The Amazing Spider-Man.