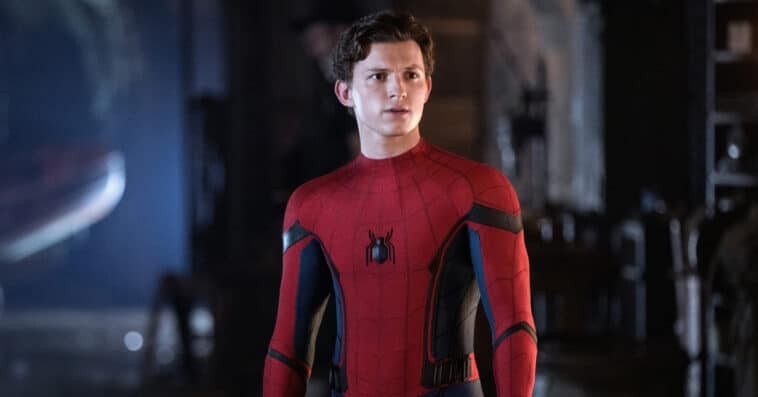 Tom Holland’s stint as Spider-Man may be coming to an end.

In a recent interview with Entertainment Weekly, Holland shared that he is not sure if he will ever get to play Peter Parker again after Spider-Man: No Way Home.

“We were all treating [Spider-Man: No Way Home] as the end of a franchise,” said Holland of the upcoming movie, which marks his third solo Spidey appearance following 2017’s Spider-Man: Homecoming and 2019’s Spider-Man: Far from Home. “I think if we were lucky enough to dive into these characters again, you’d be seeing a very different version. It would no longer be the Homecoming trilogy. We would give it some time and try to build something different and tonally change the films. Whether that happens or not, I don’t know. But we were definitely treating [Spider-Man: No Way Home] like it was coming to an end, and it felt like it.”

Holland shared that he felt the finality of the Jon Watts-directed trilogy while filming a scene with Zendaya and Jacob Batalon during one of their last days on the set of Spider-Man: No Way Home. Though Holland didn’t reveal any details about the scene, he said that the three of them found themselves getting emotional after the scene wrapped.

“We’ve been making these films for five years now,” Holland recalled. “We’ve had such an amazing relationship, the three of us. We’ve been with each other every step of the way. We’ve done every single film, every single press tour. So this one scene, [we didn’t know] if this would be the last time [we were all working together.] [It] was heartbreaking but also really exciting because we’re all moving into the next chapter of our careers. So sharing that moment with them was maybe the best day I’ve ever had on set. I don’t think I’ve cried like that ever.”

Aside from the Homecoming trilogy, Holland’s Spider-Man also appeared in 2018’s Avengers: Infinity War and 2019’s Avengers: Endgame. While it appears that the Marvel Cinematic Universe (MCU) would love to keep Holland’s Spider-Man around, the webslinger’s future in the superhero franchise remains unclear as the character’s film rights are still in a tug-of-war with Sony Pictures and Marvel Studios.

Set to open in U.S. theaters on December 17th, Spider-Man: No Way Home finds Peter trying to juggle his newfound infamy, schoolwork, and his burgeoning relationship with MJ (Zendaya). In an attempt to restore his secret identity as Spider-Man, he turns to Doctor Strange (Benedict Cumberbatch) for a magical fix, which inadvertently triggers a cascade of universe-threatening problems. Watch the trailer for the movie below:

Holland is the third actor to play Spider-Man since 2002. Tobey Maguire portrayed the popular web-slinger in three Spider-Man films directed by Sam Raimi from 2002-2007. Andrew Garfield then starred as the fan-favorite superhero in Marc Webb’s The Amazing Spider-Man movies, which were released in 2012 and 2014.