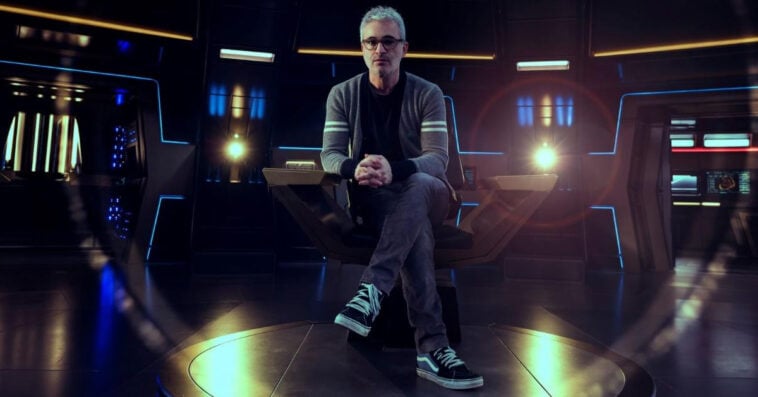 Alex Kurtzman will be at the helm of the Star Trek franchise for at least three more years after extending his overall deal with CBS Studios.

Kurtzman, who has been working with the studio for over a decade, originally signed a $25 million overall deal extension with the studio back in 2018 that would have taken him as the boss of the Star Trek Universe through 2023. But after noticing that overall deals were getting more popular, Kurtzman requested to renegotiate his deal more than a year ago, and the resulting updated contract now puts him and his Secret Hideout production company in charge of the sci-fi franchise through at least 2026.

“From the first meeting I had with Alex, it was so obvious to me that he’s our future,” CBS Entertainment Group president George Cheeks told the New York Times. “The guy can develop for broadcast. He can develop for premium streaming, broad streaming. He understands the business… When you make these investments, you need to know that this talent can actually deliver multiple projects at the same time across multiple platforms.”

The decision to extend Kurtzman’s overall deal is part of CBS’ plan of expanding its Paramount+ streaming service. “I do believe that the line between movies and television is gone now, and that to me is a tremendous opportunity,” Kurtzman told the New York Times. “For me and for showrunners like me, we can tell stories in a new way. We are not limited by the narrow definition of how you tell a story—something must be told in 10 hours, or something must be told in two hours.”

“There’s just so much more to be had,” Kurtzman said when asked about the franchise’s future. “If it were up to me only, I would be pushing the boundaries much further than I think most people would want. I think we might get there. Marvel has actually proven that you can. But you have to build a certain foundation in order to get there and we’re still building our foundation.”

While franchise-building takes time, Kurtzman has the full support of CBS Studios president David Stapf. “Anything goes, as long as it can fit into the Star Trek ethos of inspiration, optimism and the general idea that humankind is good,” Staph told the New York Times. “So comedy, adult animation, kids’ animation — you name the genre, and there’s probably a Star Trek version of it.”

Outside of Star Trek, Kurtzman also executive produces other premium content such as Showtime’s The Comey Rule and the forthcoming The Man Who Fell to Earth, making him the most valuable content creator for CBS Studios at this time.