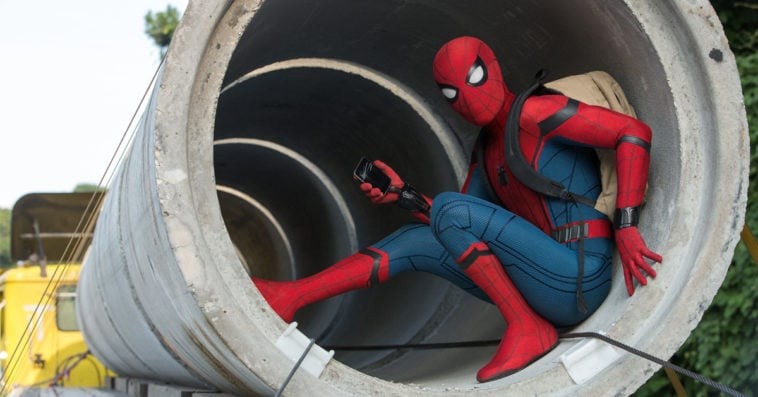 It looks like Marvel fans will do anything just to bring Tom Holland’s Spider-Man back to the Marvel Cinematic Universe (MCU).

On Tuesday, news broke that Disney and Sony Pictures were unable to reach an agreement over co-producing future Spider-Man films, putting the webslinger’s future in the MCU in jeopardy. Though initial reports suggested that negotiations between the two studios were still ongoing, Sony confirmed later that day that its relationship with Disney had officially ended and Spider-Man’s latest live-action incarnation will continue without Marvel Studios’ involvement. Devastated by the news, a recently launched effort to bring Spider-Man back to the MCU is getting some serious attention on social media with thousands of fans taking part in the plan.

The plan by Marvel fans to storm Sony and bring Spider-Man back to the MCU is picking up steam with thousands now signed on for the event!https://t.co/uMWR2h7FBT pic.twitter.com/jH7q7xS6gI

The said fan effort is a Facebook event titled Storm Sony And Bring Spider-Man Home To The MCU, which encourages all Marvel fans to “storm” Sony Pictures headquarters in Culver City, California on October 31st between from 9 a.m. to 9 p.m. PT. to bring Holland’s onscreen alter ego back to the MCU. In order to show solidarity with fellow fans, attendees are asked to dress Spider-Man costumes to the event, which is described as a “peaceful demonstration” where violence will not be tolerated.

As of writing, almost 5000 fans have already RSVP’d to attend the event and almost 4000 people are interested in joining.

While it remains to be seen whether this Facebook event would really materialize, Sony remains hopeful that it will be able to work with Marvel Studios and its president Kevin Feige again sometime in the future.

“We are disappointed, but respect Disney’s decision not to have him continue as a lead producer of our next live action Spider-Man film,” Sony said in a statement, referring to Feige. “We hope this might change in the future, but understand that the many new responsibilities that Disney has given him —including all their newly added Marvel properties — do not allow time for him to work on IP they do not own. Kevin is terrific and we are grateful for his help and guidance and appreciate the path he has helped put us on, which we will continue.”

There are reportedly two more Spider-Man films in the works, and though Feige won’t be the lead creative producer of those pictures, Sony reportedly reasoned that they will be fine without Marvel Studios’ involvement because the creative template on Spider-Man movies has already been set.