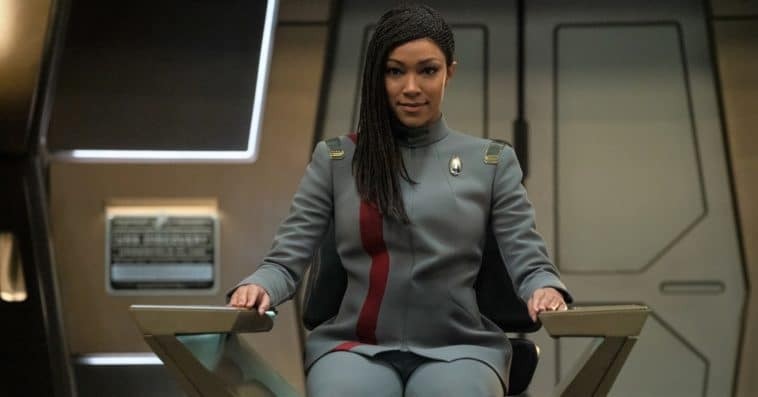 Production on Star Trek: Discovery season 4 is already in its third month, and while major plot details for the new batch of episodes are being kept under tight wraps, co-showrunner Alex Kurtzman has generously dropped some hints about what’s coming next on the show during a recent online panel for Deadline.

After saying that Star Trek: Discovery season 4 will be “diving deep into science,” Kurtzman implied that the show’s next Big Bad would be unlike anything the USS Discovery crew has faced before.

“There have been many kinds of villains over the course of Star Trek. What happens when the villain is not actually any kind of living, breathing entity, but something else? How do you solve that problem?” teased Kurtzman.

The antagonists in season 1 were the Klingons, while season 2’s main adversary turned out to be the artificial intelligence called Control. But since Control also manifested in what appeared to be living entities, it doesn’t seem like Kurtzman is talking about another tech villain.

Aside from confronting this mystery Big Bad, Kurtzman also revealed that Captain Michael Burnham (Sonequa Martin-Green) and her team will also embark on a mission to rebuild the United Federation of Planets after it was nearly destroyed by villain Osyraa (Janet Kidder) in season 3.

“The Federation is coming back together but it’s not fully back together,” said Kurtzman. “And so the continued mission of bringing other worlds in and meeting the criteria and standards of what it means to be a member of the Federation but also not to rob other cultures of their identity is something that we’ll explore.”

Star Trek: Discovery season 4 will also see Burnham deal with some personal dilemmas, including issues that will put her relationship with Cleveland “Book” Booker (David Ajala) to test.

“Burnham has spent a lot of time thinking she had to be one thing or the other and ended the [last] season being rewarded with the captain’s chair for being two different things,” said Kurtzman. “[Starfleet commander in chief] Vance [Charles] (Oded Fehr) basically says, ‘You don’t have to pick. You do things your way and that’s why I want you in the chair. Because you’re always ultimately fighting for what’s right.’ Burnham is going to have to keep figuring that out. She’s going to have to keep learning what that means.”

Kurtzman continued: “Her relationship with Book will be tested in many ways, for reasons that I won’t tell you.”

Star Trek: Discovery season 4 doesn’t have a release date yet but filming on the new season of the Paramount+ series is set to end on June 10th.