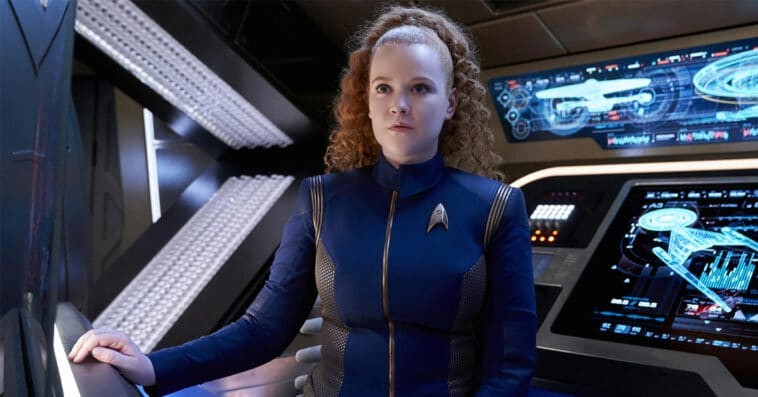 A major character exit in last week’s episode of Star Trek: Discovery suggests that the long-rumored Starfleet Academy series may be finally happening.

In season 4, episode 4 of Star Trek: Discovery, Sylvia Tilly (Mary Wiseman), who has struggled with her role as Starfleet officer for weeks, joined a group of Starfleet cadets on what was supposed to be a routine training mission. Things didn’t go as planned, but Tilly managed to keep the group alive on a hostile planet long enough for rescue. After what happened, Tilly received an offer from Kovich (David Cronenberg) to teach at Starfleet Academy, which she accepted. The installment ended with a tearful farewell that ultimately saw Tilly leaving Discovery and its crew for her new teaching job.

Though Wiseman’s comments on The Ready Room imply that she will be returning to Star Trek: Discovery later this season, ComicBook.com reported the actress’ impending departure from the series could be a setup for the yet-to-be-confirmed Starfleet Academy spinoff.

Speculations about a potential Starfleet Academy series have started to circulate online since Alex Kurtzman started his tenure as the Star Trek television development head. According to early unconfirmed reports, the project was being developed by Runaways creators Stephanie Savage and Josh Schwartz.

Though Starfleet Academy was mentioned in a New York Times profile on Kurtzman last August, Kurtzman didn’t publicly comment on the rumored project until last September’s Star Trek Day. During his opening remarks at the live-streaming event, Kurtzman suggested that he does have plans for a Starfleet Academy series. He, however, didn’t outrightly reveal whether it’s currently in development.

“I know there’s been a lot of conversation about Starfleet Academy, which we are very excited about,” Kurtzman said while speaking with Star Trek Day co-host Wil Wheaton. Without confirming the status of the potential series, Kurtzman briefly discussed how Starfleet Academy would fit into the current Star Trek programming landscape, but pointed out that he and his team are not in a rush to come up with new Star Trek series.

Whether or not the Starfleet Academy comes to fruition, ComicBook.com reported that Wiseman’s Tilly is the perfect point-of-view character for the spinoff, as she only recently graduated, serving aboard the Discovery during the Klingon War while still a cadet. And even though she’s relatively young, Tilly has valuable experience beyond her years, thanks to her quick promotions, time as Discovery’s First Officer, and her life-changing trip through time.

While details about the potential spinoff are scarce, seeing Tilly lead a Starfleet Academy series set in the 32nd century would offer exciting possibilities. ComicBook.com pointed out that sending Tilly to the academy to teach during the post-Burn era would open opportunities to explore familiar alien societies. Additional dramatic storylines could also be mined from the project’s 32nd-century setting, which is when the Federation is just starting to rebuild itself following a near collapse.