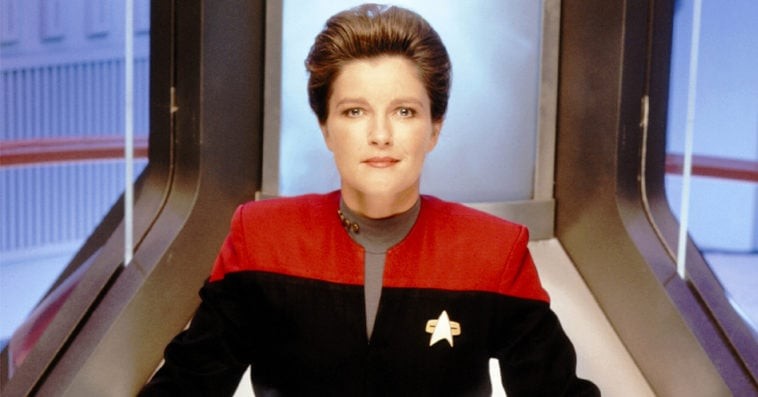 The news was revealed by Nickelodeon and CBS Studios on Thursday as a surprise announcement during the Star Trek Universe virtual panel at New York Comic Con.

Mulgrew, who played Captain Janeway for seven seasons in Star Trek: Voyager from 1995 to 2001 and in the 2002 film Star Trek: Nemesis, shared during the panel that she was initially hesitant about joining the new project, but became completely onboard with it after seeing the animatics and scripts for the series.

“When [executive producer] Alex Kurtzman called me over a year ago now to propose this idea, I have to tell you that I am a little bit uncertain ― after all I have played her for seven years in four-and-a-half-inch heels,” Mulgrew revealed. “I have invested every scintilla of my being in that woman, and I thought, ‘An animated version of Janeway? I don’t know. I don’t know.’ But even as I was talking to Kurtzman on the phone, long dormant longings to restore her started to stir and I thought, ‘This will be heavenly.’ I can go into a recording booth, which I love to do. I can now endow her with nuances that I didn’t do before because I will have the privacy and freedom of a recorded booth and we can take it to unlimited places. And then I thought, ‘I was the first female Captain and now I’m going to be the first’s children Captain, and what on Earth could be better than that.’”

She continued: “Then [showrunners and brothers] Kevin and Dan Hageman … who are geniuses … sent me the animatics and scripts, and I was dazzled, and so I jumped in. And I thought to myself, ‘This is gonna be an extraordinary adventure. How thrilling to be able to introduce to these young minds an idea that has elevated the world for decades. And to be at the helm again in that way is going to be deeply gratifying in a brand-new way for me.’”

Though it’s not yet clear whether Star Trek: Prodigy will be set before or after the events of Star Trek: Voyager, the upcoming series won’t follow a typical Starfleet crew. Instead, it will tell the story of a group of lawless teens who discover a derelict Starfleet ship and use it to search for adventure, meaning and salvation. How Captain Janeway will meet these teens for the first time and how she will become a mentor to them remain to be seen.

In a tweet, the Hageman brothers revealed that when they first conceived Prodigy, they only had one captain in mind, and that’s Captain Janeway. Kurtzman couldn’t agree more, saying, “Captain Janeway was held to a different standard than her predecessors. She was asked to embody an inhuman level of perfection in order to be accepted as ‘good enough’ by the doubters, but showed them all what it means to be truly outstanding. We can think of no better captain to inspire the next generation of dreamers on Nickelodeon, than she.”

The news of Mulgrew starring in Star Trek: Prodigy has been received positively by fans, and to express her gratitude for all their support, the actress tweeted, “A sincere and heartfelt thank you to everyone for the outpouring of love for Janeway and the excitement for Prodigy. Looking forward to all that is to come with this new series!”