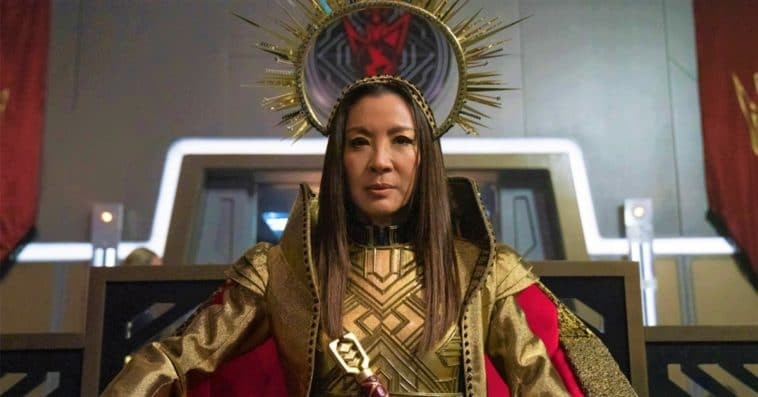 Back in January 2019, CBS All Access (now called Paramount+) revealed that it’s developing a Star Trek spinoff about Section 31. And because no major development about the project has been announced since then, fans have started to wonder whether the spinoff is even happening anymore.

In an interview with The Hollywood Reporter earlier this month, Star Trek writer and producer Akiva Goldsman was asked if the Section 31 spinoff is still happening, but his answer just made the fate of the project more unclear.

“I don’t know. I believe so,” said Goldsman, before pointing out that Star Trek franchise boss Alex Kurtzman “has a plan.” “You know, Picard wasn’t supposed to be a series. It was just a one-off scene in a Short Trek. He wasn’t even going to be played by Patrick Stewart. They were going to have a young Picard at the end of a short we were making up. Then Alex was like, ‘What if it was Patrick Stewart? … What if it wasn’t one scene?’ Alex has a plan, and it’s pretty cool.”

“We’re very careful about curating the pacing — the number of shows at any given time — and what those shows are, so that we make sure that it’s always exciting when there’s a new track show coming out,” explained McNamara, who noted that Paramount+’s rough plan is to debut “a new ‘Trek’ a quarter.”

First introduced in the 1990s in Star Trek: Deep Space Nine, Section 31 was considered a critical division of Starfleet Intelligence during the mid-23rd century. However, by the 24th century, Section 31 was believed to be a rogue organization separate from the Federation.

Michelle Yeoh, who played both versions of Philippa Georgiou in the first three seasons of Star Trek: Discovery, is set to reprise her role in Section 31. Though Yeoh is the main star, the spinoff will reportedly feature an ensemble cast.

Bo Yeon Kim and Erika Lippoldt, who both serve as writer and producer on Star Trek: Discovery, are the showrunners of Section 31.