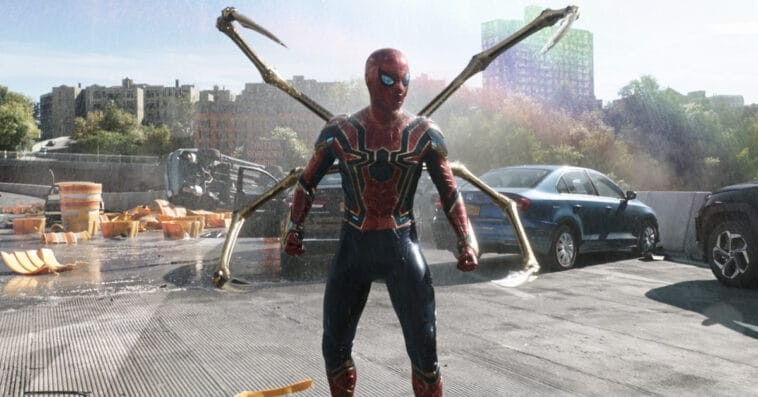 Sony Pictures has dropped the first official trailer for Spider-Man: No Way Home on Monday, and while it has made a lot of fans more excited about the movie, there are some details in the video that have made some MCU enthusiasts worried about the final outcome of the film.

As previewed in the trailer, Peter Parker’s (Tom Holland) life and reputation is turned upside down after his superhero identity is exposed by Mysterio (Jake Gyllenhaal) at the end of 2019’s Spider-Man: Far from Home. Realizing that the situation is already hurting his girlfriend MJ (Zendaya), his best friend Ned (Jacob Batalon), and his aunt May (Marisa Tomei), Peter seeks the help of Dr. Stephen Strange (Benedict Cumberbatch) to try and fix everything.

“When Mysterio revealed my identity, my entire life got screwed up,” Peter tells Strange in the trailer. “I was wondering if maybe you could make it so that he never did?”

Though his sidekick Wong (Benedict Wong) tells him not to cast the “dangerous” spell, Strange still goes on to do it. While Strange is casting the spell, Peter is shocked to learn that the entire world ― including MJ, Ned, and Aunt May ― will forget that he is Spider-Man. When Peter asks Strange if some people can still know that he’s Spider-Man, the sorcerer replies, “That’s not how the spell works.” Because Peter keeps talking while Strange is casting the spell, they end up tampering the stability of space-time and messing up the multiverse.

Some fans find it too campy that the multiverse opens up on Earth just because Peter can’t shut up while Strange is casting the spell.

Right! That’s what I’m saying. Felt a bit too campy. I get they saved the UNIVERSE. But that being why Strange was so willingly cast such a spell that could apparently crack everything doesn’t seem justifiable.

A lot of people who have seen the trailer also feel that Strange is out of his character. In previous MCU films he appeared in, Strange is pretty adamant about protecting the timeline, so it’s quite worrying that he willingly alters the timeline just to help Peter with his problem.

Yeah, something seems a little off. And to risk breaking the multiverse to help Peter keep his secret identity pretty irresponsible.

Can I just mention that it’s weirdly out of character for Strange to willingly mess with the timeline!!!??? Like I know its a movie but he’s usually pretty adamant about not fucking with it lol

Someone said that he is Dr. Strange from another universe

The trailer has also opened interesting talks about how the multiverse exactly started in the MCU.

So is the MCU now really going to explain that the multi-verse was caused when Doctor Strange messed up when making an alt timeline where people don’t know Spider-Man’s identity, rather than Sylvie stabbing Kang? If so there’s a lack of communication and cohesion in the planning

Sylvie killing Kant wasn’t what caused the multiverse but it allowed it to happen. Think of Kang as a guard for a gate. If you kill the guard you still have to open the door, now they’re opening the door

Loki would be effectively inconsequential, if it wasn’t for that one scene in Endgame where the Ancient One first mentioned the sacred timeline. Loki expanded on that, and with Sylvie killing Kang made it so a multiverse exists, which can then be accessed in No Way Home.

Though the trailer confirms Alfred Molina’s return as Doctor Octopus (a role he first played in Sam Raimi’s 2004 film Spider-Man 2), a number of fans are a bit disappointed after not seeing Tobey Maguire and Andrew Garfield in the promo clip, as it has long been rumored that both actors will reprise their Spider-Man roles in the movie.

just waiting for this man to be in the official trailer then my life would be complete. pic.twitter.com/S1b4nL9q3p

IF GREEN GOBLIN AND DR.OCTOPUS CAME BACK ARE WE GONNA SEE ANDREW AND TOBY TOO???

Directed by Jon Watts, Spider-Man: No Way Home is set to be released in U.S. theaters on December 17th.