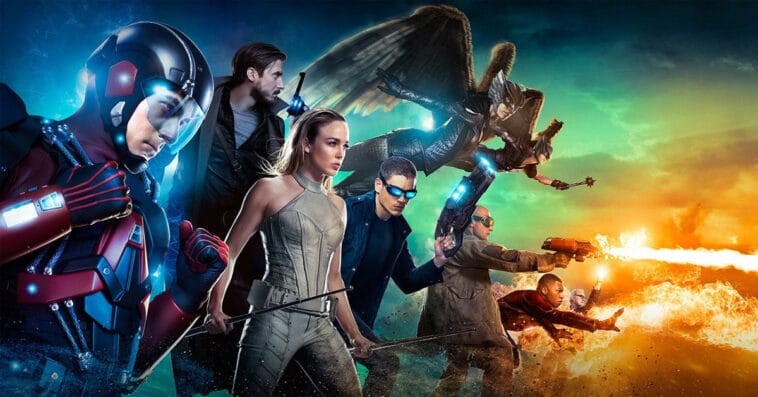 Some of the retired Legends of Tomorrow characters are set for a reunion in the upcoming comic book miniseries, Earth-Prime.

First announced in January, Earth-Prime is a three-month, six-issue event set entirely in The CW’s Arrowverse. Approved by the producers of the network’s DC superhero shows, all issues of the comic book miniseries are part of the franchise’s canon. Each of the first five issues spotlights one Arrowverse series, with the sixth issue serving as a crossover finale.

DC Comics revealed last month that Earth-Prime’s first issue will center on Batwoman, with the second installment bringing Superman & Lois to the two-dimensional world of comics. And as first reported by AIPT Comics last week, the third issue of the comic book miniseries is dedicated for DC’s Legends of Tomorrow, with the fourth part officially bringing Stargirl to the Arrowverse fold. There are no details yet on the fifth issue, but it will likely put The Flash front and center.

Written by Legends of Tomorrow script coordinator Lauren Fields and showrunner’s assistant Daniel Park, with art by Paul Pelletier and Andrew Hennessy, Earth-Prime: Legends of Tomorrow #3 finds Ray Palmer assembling the retired Legends for one last go-round after he learns Mick Rory’s Necrian children have been kidnapped by a group of mysterious Necrian assassins.

Following a two-week hiatus, Legends of Tomorrow resumes its seven-season run with a new episode on Wednesday, February 23rd, at 8 p.m. ET on The CW.