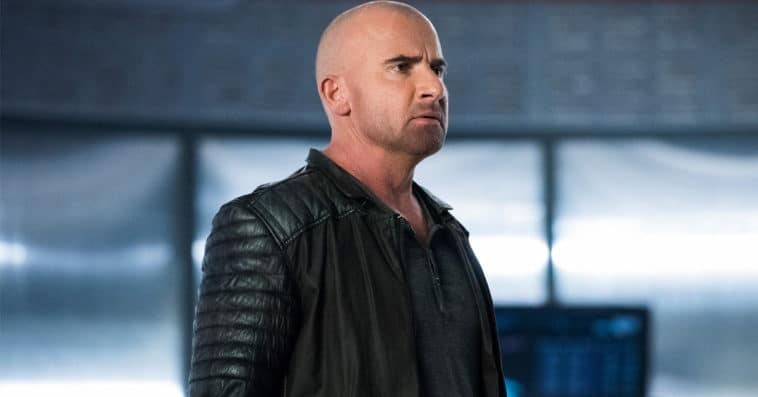 Legends of Tomorrow star Dominic Purcell suggested in a since-deleted Instagram post he shared last February that his contract with the CW series is up at the end of season 7. But just last Saturday, in a series of new posts on the social networking site, the actor clarified that his contract is only for six years, and not seven. Does this mean that he will no longer appear in the show after season 6?

Fans will still see Purcell as Mick Rory in Legends of Tomorrow season 7, but not as a series regular. “I am leaving @cw_legendsoftomorrow on a full-time basis [after season 6]. [But] I will come back periodically with a handshake deal with my boss Phil Klemmer,” the actor wrote in a since-deleted post on Instagram on Saturday.

Purcell also pointed out that he hasn’t quit the show; it’s just that his contract is ending after season 6. “I’ve never quit on a contract and never would. So to all the fans, you will see me again next year on season 7 periodically,” he wrote.

Sources told Deadline that Warner Bros. Television Studios has yet to start negotiations with the cast about season 7. But in a separate Instagram post, which had also been removed, Purcell doesn’t seem to be interested in extending his contract as a series regular for one more season.

“Deal isn’t done. I have no interest whatever cash they throw on the corporate level. I’m walking away from @cw_legendsoftomorrow,” he wrote in the post. “It’s been a total pleasure and a humbling experience bringing @dccomics iconic character #heatwave (aka) MICK RORY to life. I smashed this character— not an actor in the world could have done better. Time to move on and see how shit unfolds. Caity Lotz, Nick Zano: look after the kids coming through.”

In the original version of the post, Purcell reportedly wrote that “the studio does not care” about him leaving the show and even invited his fellow actors to “hit me up on DM” to talk about unnamed people he deemed “fake cunts.”

Because of these fiery and profanity-infused statements, many fans quickly assumed that Purcell has a beef with the studio. But that’s not really the case.

“Yes, my tone was heavy straight to the point. I use cuss words cause I do and I’m Australian. It’s who I am. Do I have a beef with the studio at @warnerbrostv? No,” the actor explained in a follow-up post. “Yes, I said they don’t care. That’s not correct of course they do — just me being emotional and over stuff. We work we all work in a big machine. Sometimes shit happens. It’s life.”

Purcell continued, “I have and always have had a tremendous relationship with the Bosses and the studio @warnerbrostv. Peter Roth and I had a tremendous working relationship I was super sad when he retired. My wording was aggressive in tone because sometimes I get frustrated and annoyed it’s been a long, long heavy year locked up in #Vancouver for 9 months without going home. Who doesn’t and who hasn’t lashed out? I’m fuckin human. So for god sake chill on. ‘Dominic Purcell and the studio are beefing’ total bullshit. It’s simply not true.”

Purcell, who rose to prominence for his role as Lincoln Burrows on Fox’s Prison Break, made his first appearance as Mick in 2014’s season 1, episode 4 of The Flash. He was then introduced as one of the original main cast members of Legends of Tomorrow in January 2016.

Legends of Tomorrow season 6 is set to premiere on Sunday, May 2nd at 8 p.m. ET on The CW. Outside of the Arrowverse, Purcell will be next seen in the action-suspense horror film Blood Red Sky which will premiere on Netflix later this year.