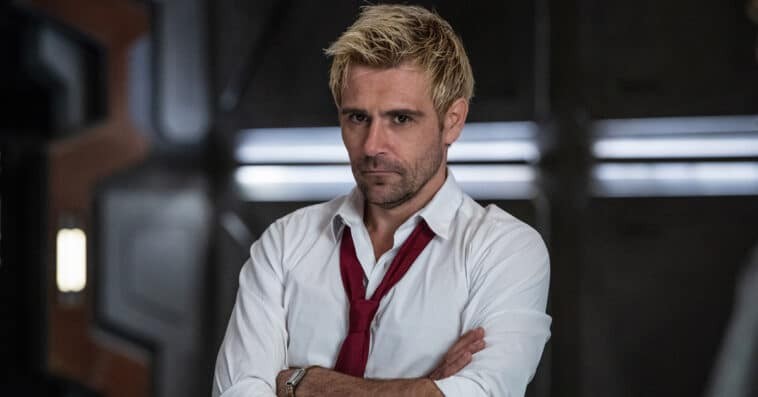 John Constantine’s story arc is wrapping up at the end of Legends of Tomorrow season 6. But Matt Ryan, who has played the DC antihero in the time-travel series since season 3, isn’t leaving the show.

Executive producer and co-showrunner Phil Klemmer revealed at the show’s Comic-Con@Home panel earlier today that Ryan will play the brand-new, series-regular role of Dr. Gwyn Davies in season 7. An eccentric scientist from the early 20th century, Davies might be the Legends’ only hope next season.

Ryan made his debut appearance as Constantine on the cult NBC series Constantine, which was canceled after just one season in 2015. Two years later, Ryan started reprising the role in season 3 of Legends of Tomorrow as a recurring cast member. He was then promoted to a series regular in season 4.

Legends of Tomorrow is ending Constantine’s story arc as Warner Bros. TV and J.J. Abrams’ Bad Robot are developing a Constantine reboot for HBO Max, which will likely star a person of color.

“As everyone who loves him knows, in the end, John Constantine will walk his path alone. The time has come for John to part ways with the Legends, and for me to part ways with John,” said Ryan during the panel. “I’m really excited to be creating this new role on the show and having some fun with it — discovering how this new character fits in and causes some trouble for the Legends.”

It’s unclear how Constantine’s journey in Legends of Tomorrow will end, but in a recently released sneak peek at the remainder of season 6, an ominous voice can be heard saying, “You’re not in control of the magic, John. It’s in control of you.” Astra Logue (Olivia Swann) also explains to the Legends that “John is tapped into some very volatile, very dark magic” which can kill him if he doesn’t stop using it.

In other Legends of Tomorrow news, Amy Louise Pemberton ― who has voiced the Waverider’s AI, Gideon, since the show’s 2016 launch and has occasionally appeared as the AI’s physical form ― will portray a human version of the AI full-time in season 7.

Legends of Tomorrow season 6 airs every Sunday at 8 p.m. ET on The CW. Season 7, meanwhile, is set to premiere on Wednesday, October 13th at the same time slot.