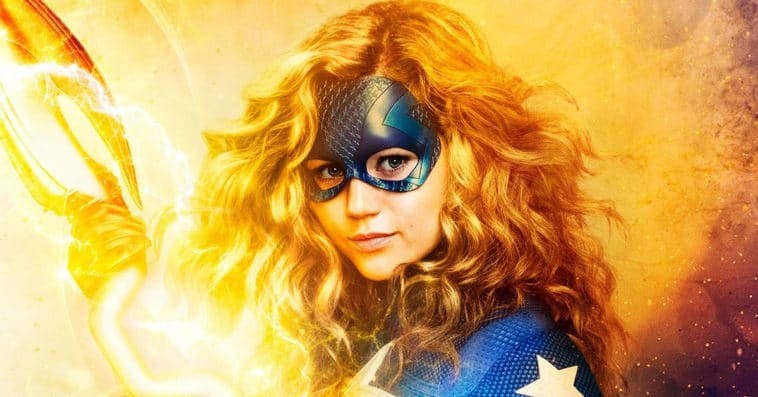 DC’s Stargirl is getting a sophomore run!

The superhero series starring Brec Bassinger in the title role has been renewed for season 2 on The CW, which will become its exclusive in-season home starting next season. Commissioned by the DC Universe digital subscription service, season 1 of Stargirl has been premiering on the streaming platform, with new episodes then airing a day later on The CW. But beginning in season 2, Stargirl will no longer stream on DC Universe. Season 2 episodes will debut exclusively on The CW and stream the next day on the network’s free, ad-supported platform. After the season wraps, the complete run will be available to stream on HBO Max.

The renewal news, which comes halfway through the show’s first season, isn’t surprising at all, as Stargirl has performed very well for the linear network and its platform since its May 2020 launch. According to The Hollywood Reporter, Stargirl is averaging 1.55 million viewers and a 0.4 rating among adults 18-49 after three days of delayed viewing, putting it in the top half of the network’s scripted roster for the 2019-2020 TV season.

Stargirl follows high school sophomore Courtney Whitmore (Bassinger) as she inspires an unlikely group of young heroes to stop the villains of the past. One decade after nearly all of the Justice Society of America members were killed in a battle against the Injustice Society of America, Courtney discovers the Cosmic Staff of Starman (Joel McHale), who happens to be her biological father. Upon learning that her stepfather Pat Dugan (Luke Wilson) used to be Starman’s sidekick, Courtney makes it her mission to seek justice on the death of her real father with the help of a whole new generation of superheroes. The series titular character is inspired by creator Geoff Johns’ late sister and was the first comic he created.

Check out some of the cast members’ reactions to the renewal news in the Instagram posts below:

You might look at these photos and think, oh wow a peace sign, but you would be mistaken. ITS A NUMBER 2 BECAUSE WE JUST GOT PICKED UP FOR A SEASON 2!!!!! I seriously love each and every person attached to this project and can’t believe we get to do it all again. Thank you Geoff, Thank you @thecw , Thank you God ?? ALSO new episode tomorrow 8/7c hehe and you best be catching up cause WE GOT A SEASON 2 Okay I’m done (: Xo.

So there’s this show on CW called Stargirl. 10/10 recommend. You can even watch it with your family, it’s even suitable for children. They just got renewed for a season 2 and are super excited. Here is what they do when not filming the series. They love to dance, sing, eat, and hug each other. They’re a really great group of humans. They work really hard and their crew is fantastic. The series is amazing quality and if you like superheroes and supervillains you will definitely love this series. It airs Tuesdays @8pm on CW. You should give it a try? And to those of you who already watch the show- YOU ROCK! THANK YOU????? Season 2 here we come! #blessed #grateful

When your family gets to stay your family ❤️ happy Season 2 y’all, and thank you to everyone watching for making it happen. Thank you @cwstargirl and @geoffjohns_ Also peep Sir. Geoff literally at the heart of this project

we’re going round 2!!! Wow I’m so eternally grateful !!! This is insane! Words can’t describe my happiness so I thought I’d make a little video of how happy I am to be “stuck” with these people ♥️♥️ haha love you all soooo so much!!!!!!!??? It takes a VILLAGE!!!! Huge thank you to our showrunner Geoff Johns for putting all of his time and effort in making this show great. We won the lottery by having you lead us♥️ ok ima go cry now byeeee?

SEASON 2 BABY HELLLLL YEAAHHHH. (I swear we are excited) ????

episode 8 live on @thedcuniverse NOW and tomorrow @ 8/7c on @thecw oh and also we got a SECOND SEASON sooooo there’s so much more to tell you…??

Johns exec produces the series with his co-showrunner Melissa Carter, along with Greg Berlanti, Sarah Schechter, and Greg Beeman. It is produced by Berlanti Productions and Mad Ghost Productions in association with Warner Bros. Television.

Stargirl airs Tuesdays at 8 p.m. ET on The CW.