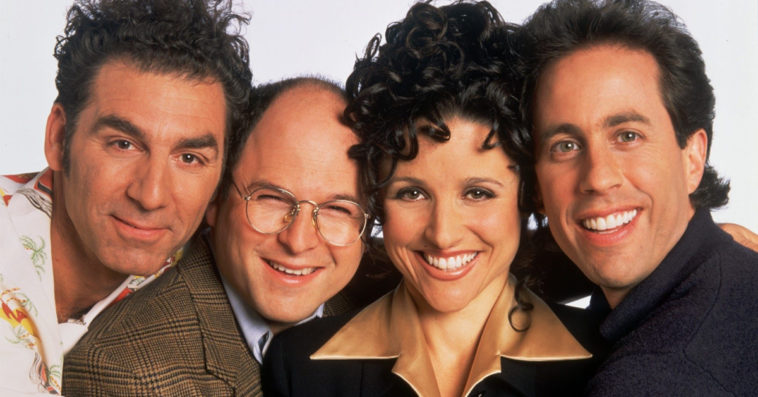 Netflix has acquired the global streaming rights to the iconic sitcom Seinfeld.

After striking a five-year deal with Sony Pictures Television, which controls the distribution of the Golden Globe-winning series, the streaming giant announced on Monday that its subscribers all around the world will be able to stream all 180 episodes of the classic show starting in 2021.

All 180 episodes of the Emmy-Award winning Seinfeld are coming to Netflix — worldwide! — starting in 2021 pic.twitter.com/tLvcCKH4vl

Landing Seinfeld is a major win for Netflix, most especially after it lost the streaming rights to the comedy series The Office and Friends. The Office will stream on NBCUniversal’s new streaming service, while Friends will be available on WarnerMedia’s upcoming HBO Max platform.

Though details of the Netflix-Sony pact were not disclosed, people familiar with the agreement said that Netflix paid far more than the $500 million NBCUniversal paid for The Office as well as the $425 million WarnerMedia spent for Friends — which actually makes sense as both five-year deals were only for streaming rights in the U.S.

Hulu currently owns the domestic streaming rights to Seinfeld, paying about $130 million in a six-year deal that expires in 2021. Amazon, on the other hand, holds the streaming rights in most of the foreign territories, which will eventually be picked up by Netflix.

“Seinfeld is a one-of-a-kind, iconic, culture-defining show,” Sony Pictures Television Chairman Mike Hopkins said in a statement to the Los Angeles Times. “Now, 30 years after its premiere, Seinfeld remains center stage. We’re thrilled to be partnering with Netflix to bring this beloved series to current fans and new audiences around the globe.”

Netflix’s chief content officer Ted Sarandos added: “Seinfeld is the television comedy that all television comedy is measured against. It is as fresh and funny as ever and will be available to the world in 4K for the first time.”

Starring comedian Jerry Seinfeld as himself going through single life in Manhattan with his pals Jason Alexander (George Costanza), Elaine Benes (Julia Louis-Dreyfus), and Cosmo Kramer (Michael Richards), Seinfeld ran from 1989 to 1998 on NBC, and wrapped its nine seasons while still ranking as the No. 1 show in prime time.

Though Seinfeld’s talk show Comedians in Cars Getting Coffee has been streaming on Netflix since 2018, sources said that it was not a determining factor in Seinfeld — the show — going to the service.