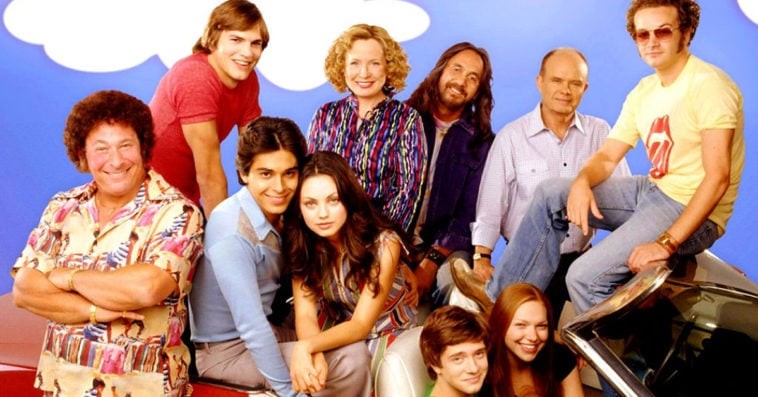 Netflix has removed That ‘70s Show from its library, leaving fans unhappy.

The Fox comedy, which had been on Netflix since 2011, was not included in the “Last Chance” section of the streamer’s September newsletter, so a lot of people were shocked to find out that the series is no longer available on the platform Monday morning.

Though the September 7th departure of That 70’s Show from the streaming service was actually displayed on the show’s Netflix page a week before its exit, not all subscribers noticed this reminder, prompting several of them to express their frustration over the matter on Twitter:

Mood this morning after finding out that Netflix removed That 70s Show.#that70sshow pic.twitter.com/90Xu5fX0gk

I will no longer be using Netflix because they took that 70s show off pic.twitter.com/8J3EovQWCW

Me finding out they removed that 70s show from Netflix ☹️ pic.twitter.com/xvUj1rzuWG

how I feel now that That 70s Show isn't on netflix anymore pic.twitter.com/oTw63IfCYc

OH NO THEY TOOK #that70sshow OFF OF NETFLIX!!! I haven’t finished it!!!! pic.twitter.com/QkzPBO2dgJ

That ‘70s Show left Netflix because the streaming service opted not to renew the licensing deal for the show. While a new streaming home for the sitcom hasn’t been announced yet, That ‘70s Show is currently available is on Amazon Prime Video for $2.99 per episode.

That ‘70s Show isn’t the first high-profile sitcom to leave Netflix. Last January, Friends left the streaming service after WarnerMedia shelled out $500 million to regain the rights to series. The hit NBC sitcom is currently streaming on WarnerMedia’s HBO Max.

The Office is also set to bid farewell to Netflix in 2021 after NBCUniversal paid more than $400 million to regain the rights to the Greg Daniels-developed series for its new Peacock streaming service.