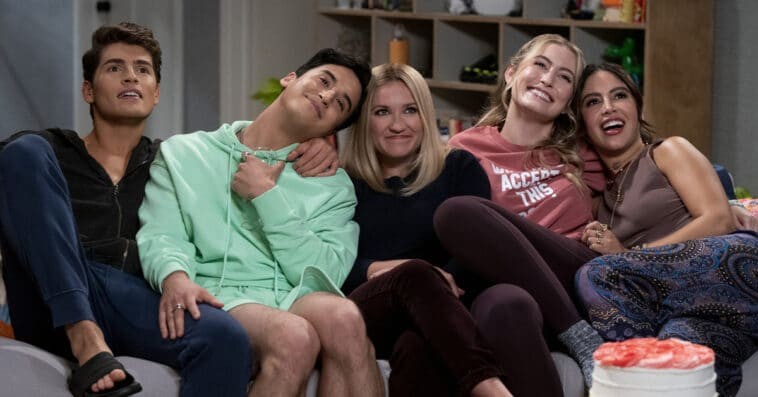 The fate of the Netflix series Pretty Smart has finally been revealed.

Did Netflix order a season 2 of Pretty Smart?

According to TVLine, Netflix canceled Pretty Smart after one season. The news of cancellation comes almost six months after it premiered on the streaming service in October 2021.

Why did Netflix cancel Pretty Smart?

It’s unclear why Netflix opted not to renew Pretty Smart for a season 2. But since the fate of the series was revealed after it was announced that Pretty Smart star Emily Osment has been promoted to a series regular in the upcoming season 6 of CBS’ Young Sheldon, it’s possible that this promotion has something to do with Pretty Smart’s cancellation.

What was Pretty Smart about?

Created by Jack Dolgen and Doug Mand, Pretty Smart followed Chelsea (Osment), a Harvard-educated intellectual and aspiring novelist who after getting unexpectedly dumped by her boyfriend was forced to move in with her carefree, not-so-intellectual West Coast sister, Claire (Olivia Macklin). Along for the ride were Claire’s three not-so-intellectual roommates: personal trainer Grant (Gregg Sulkin), lawyer-turned-healer Solana (Cinthya Carmon), and social media influencer Jayden (Michael Hsu Rosen). Chelsea’s tough and sometimes judgmental exterior started to soften as she got to know her new friends, and they began to form an unlikely-found family.

How did Pretty Smart season 1 end?

Unfortunately, the 10-episode season 1 of Pretty Smart ended on a cliffhanger. Chelsea and Grant were preparing to tell Claire — who used to date Grant — that they have feelings for one another. Claire, meanwhile, dumped her current boyfriend (Kevin Miles) in an attempt to rekindle her relationship with Grant. Apparently, because of the show’s cancellation, how this family affair would have played out will never be known.