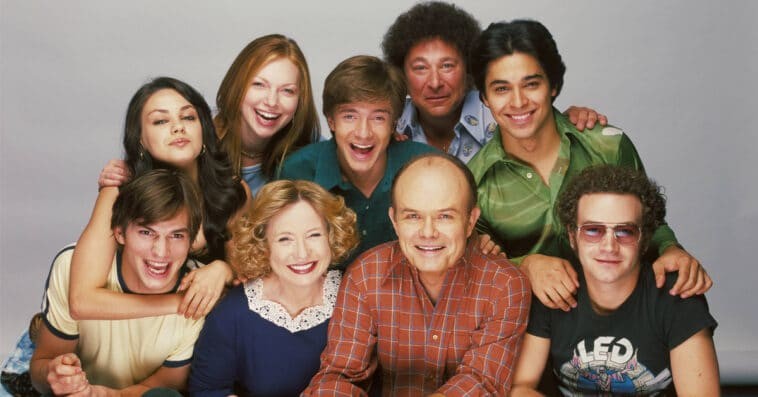 Netflix is expanding the That ‘70s Show franchise with a new spinoff.

The streaming giant announced last week that it has given a formal series green light to That ‘90s Show, a follow-up to the hit That ‘70s Show created by spouses Bonnie and Terry Turner and Mark Brazil.

That ‘90s Show will be headlined by Kurtwood Smith and Debra Jo Rupp, who will reprise their That ‘70s Show roles as Red Forman and Kitty Forman, respectively. They will also exec produce the spinoff, along with its creators, Gregg Mettler, Bonnie and Terry Turner, and their daughter Lindsay Turner.

Also executive producing That ‘90s Show are Marcy Carsey and Tom Werner of the Carsey-Werner Company, which produced That ‘70s Show and its short-lived 2002 offshoot That ‘80s Show. Mettler, who served as a producer and writer on That ‘70s Show, will serve as the showrunner of the spinoff.

Set in Wisconsin in 1995, the 10-episode first season of That ‘90s Show follows Leia Forman ― daughter of Eric (Topher Grace) and Donna (Laura Prepon) ― who is visiting her grandparents for the summer and bonds with a new generation of Point Place kids under the watchful eye of Kitty and the stern glare of Red. The spinoff is expected to touch on the topics of sex, drugs, and rock ‘n’ roll, as the synopsis for the new series notes that these three never die, but simply “changes clothes.”

Besides Smith and Rupp, there are currently no deals in place with other That ‘70s Show stars to appear in That ‘90s Show, but it is expected that some of them, including Grace, Prepon, and Ashton Kutcher, will be reprising their roles as guest stars.

According to Deadline, Netflix has been interested in the idea of expanding the That ’70s Show franchise with a new spinoff since the original series drew big viewership on the platform before it left the service in 2020.

That ‘70s Show originally aired for eight seasons from 1998 to 2006 on Fox. The period sitcom starred Grace, Prepon, Kutcher, Mila Kunis, Danny Masterson, Laura Wilmer Valderrama, and Lisa Robin Kelly and focused on the lives of a group of teenage friends living in fictional Point Place, Wisconsin, from May 1976 to December 1979.

Meanwhile, That ‘80s Show, which was not a direct spinoff of the original series, only ran for 13 episodes on Fox from January to May 2002. Though the characters and storylines between the two shows never crossed, That ‘70s Show’s Eric and That ‘80s Show’s Corey Howard (Glenn Howerton) were first cousins.

Netflix’s That ‘90s Show has no release window yet.